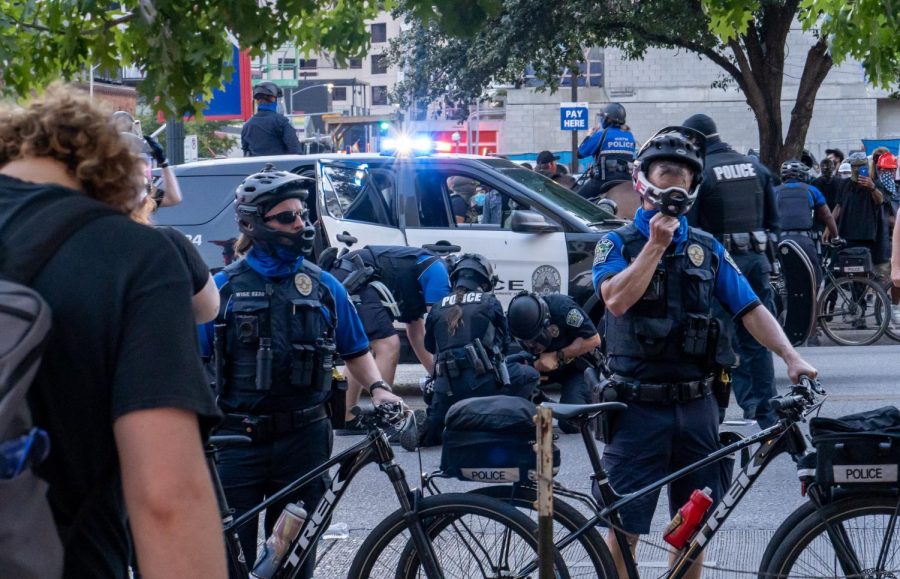 Austin City Council voted to the Austin Police Department’s (APD) budget by $150 million early last month. This money was reinvested into the community’s safety and well-being.

On Aug. 13 Austin City Council voted to reallocate $150 million from the Austin Police Department’s (APD) budget of $434 million. $80 million will be “decoupled” from APD in which certain services such as a forensic lab, administrative services and internal affairs will start to operate outside the jurisdiction of APD. $21 million will directly go to permanent housing developments and violence prevention services, and the remaining $49 million is on the table to potentially leave APD in the form of reduced patrolling, traffic enforcement and other more direct forms of policing.

The new budget is celebrated by many, but others, myself included, do not see the new budget as nearly a big enough step in the right direction. The $80 million that was decoupled from APD’s budget, while not anymore part of what the police have direct access to, still does not address the immediate concerns of Austinites. Rather than taking this $80 million and investing it in services that indirectly help to prevent crime such as affordable housing developments, education and drug addiction treatment, the city is continuing to redirect this funding towards policing-related programs.

Chief Manley also explained that patrolling was one of the main ways that he believed policing keeps communities safe, and he would not lower the amount of patrolling that APD engages in despite the reduced budget. The over-patrolling of minority and poor communities has been one of the largest complaints from protestors and community advocates in recent months. Criminalizing communities only perpetuates a cycle of poverty which leads to more crime.

With housing prices in Austin already skyrocketing in lower-income communities, police continuing their heavy patrol of these areas will only increase this problem. High rates of police patrols have been directly linked to gentrification in other cities. It is likely that high patrolling in areas like the east side of Austin have played a role in their gentrification. City council should demand decreased patrolling alongside their new budget in order to prevent the further brutalization of already exploited communities. Instead, city council should directly invest money into programs built to lift people out of difficult situations.

City council should also rethink its budget restructures in order to enact policies which materially affect Austin rather than policies which maintain the status quo and receive misplaced praise. Crime typically breeds out of desperation, and no amount of policing will help to alleviate that. High rates of incarceration brought on by over-policing continue cyclic poverty, creating the exact problem it seeks to address: crime.