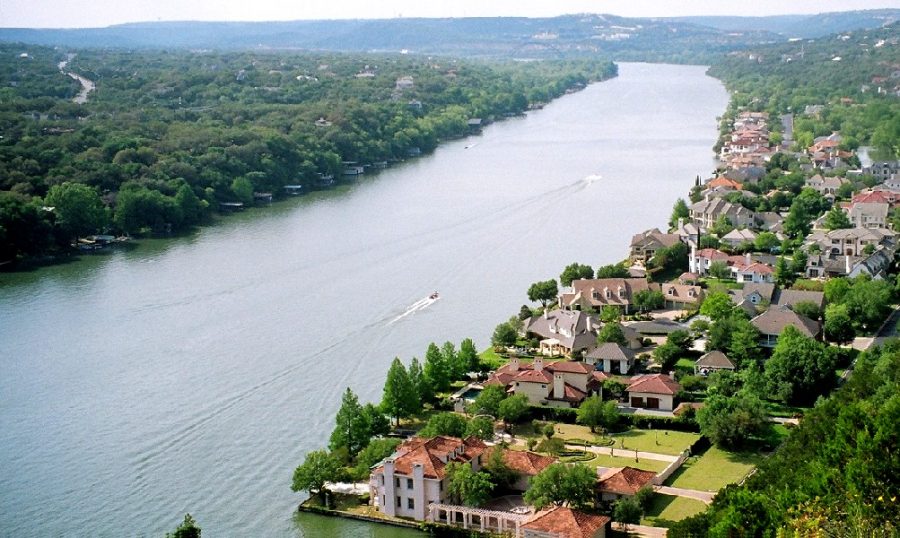 Over Labor Day weekend, Lake Travis was filled with boats, kayaks and canoes. A crowd of five boats on the lake for a Trump parade sank.

Large crowds gathered across Austin over Labor Day weekend as bars, schools and other businesses continue to reopen.

The weekend’s activities came after Travis County health authorities advised against gathering in large numbers for the holidays and urged people to continue taking precautions in order to slow the spread of COVID-19.

”I know we want to celebrate…but if we take too much risk with the start of opening with schools, we’ll pay for it in two to three weeks,” Escott said. “Again, we’ve seen families devastated across this country over and over again by these big gatherings around holidays or celebrations. The virus isn’t gone. It’s still here.”

Despite the warning, both tourists and locals flooded to Rainey and Sixth Streets after the Texas Alcoholic Beverage Commission (TABC) amended its guidelines on Aug. 25 for bars to reopen. Previously, only bars with kitchens or permanent food trucks were allowed to apply for restaurant classification in order to continue serving customers, but TABC now allows establishments selling prepackaged food to qualify.

“The lines have at least 20 people in them and no one is spaced out,” she said. “Once people start drinking, they become more confident and ignore the rules or sometimes forget about the procedures like the mask order. And no one really regulates it down there.”

Morales has worked at Verbena, a restaurant attached to the Canopy by Hilton Hotel, since it first opened on July 9. She said although the restaurant has been steady for the past few weeks, it saw a record number of patrons over Labor Day weekend.

“The entire day, from morning to night, was extremely busy,” Morales said. “There were a lot of people from out of town who came into the restaurant since we’re under a hotel, and I saw a lot of large groups of younger people who looked like students walking around Sixth. It was pretty crowded everywhere.”

Lake Travis also saw an increase in people during the holiday weekend. Crowds packed the water with boats and kayaks, and a boat parade in support of President Trump’s reelection campaign made national headlines after five boats sank. The Travis County Sheriff’s office said all of the boats moving together caused a large wake, swamping them with choppy waters. No injuries were reported.

On campus, St. Edward’s is enforcing university-wide policies in order to decrease community spread. No groups larger than ten are permitted to gather, and everyone on campus is required to comply with the statewide mask order. Students living in residence halls who receive a positive COVID-19 test are isolated for up to 14 days, until medically cleared. Commuters who test positive are expected to self-isolate.

According to the data reported on the St. Edward’s COVID-19 Dashboard last week, two people on campus were in isolation and 12 others were quarantined “due to a pending test or close proximity contact.” Off campus, three were quarantined and one was self-isolated.