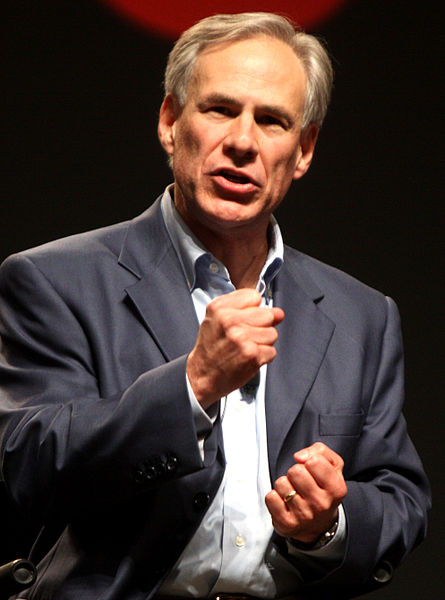 Governor Abbott has repeatedly denounced protests in Texas claiming they are "riots."

At a press conference held at the Dallas Police Association on Thursday, Sept. 24, Governor Greg Abbott announced his proposal for legislation that aimed to stop riots, particularly those that harm law enforcement. This comes less than 24 hours after 11 people were arrested in downtown Austin during protests for Breonna Taylor.

“The Constitution guarantees the right to assemble peaceably- peaceably is the word used in the Constitution- it does not provide the right to riot,” Abbot said Thursday. After which, he proposed increased penalties for riot-based crimes, including causing injury or destroying property, hitting an officer, using lasers to target officers, blocking hospital entrances/exits, using fireworks, and providing financial or organizational support to the riot. Under Governor Abbott’s legislation, all of the above crimes would require mandatory jail time, with all but use of fireworks being a felony offense.

With legislation not meeting until January, Texas Democrats contend that this is all a political stunt to show his support for law enforcement. Regardless, protestors and social justice organizations have expressed concern that the proposed legislation would infringe on the right to protest and freedom of speech.

The Austin Justice Coalition argued that the increased penalties will deter people from exercising their rights, while holding those organizing the gatherings accountable for the actions of a few.

“If we put a protest together and some random person comes and escalates the situation, based on the language he’s used today, that would make AJC accountable. To put that weight on peaceful protestors is crazy to me,” said AJC’s Cas Moore, organizer of the protest for Breonna Taylor last week.

Unfortunately, this attempt to criminalize civil disobedience is nothing new, and not specific to Texas. According to a report by the nonprofit organization Pen America, 116 bills that criminalize protests have been proposed across the US since 2015. As racial injustice and police brutality continues to threaten the livelihoods of minorities across the nation, the ability to protest acceptably becomes harder and harder. What constitutes a reasonable response to the killing of almost a thousand Americans by police this year alone? What is an acceptable reaction to the fact that Black Americans are killed by police at a disproportionate rate, with their deaths being twice as likely as those for white Americans?

While those protesting, for the most part, understand and acknowledge the need for the protests to remain nonviolent, legislation like those proposed by Gov. Abbott continue to threaten the right to assemble and speak freely without the threat of imprisonment.

Some argue that this only targets those who intend to do harm during a protest but it really silences those in our community who speak out. Abbott said Thursday that the legislation aims “…to do even more to protect our law enforcement officers..” while the rest of us are left to wonder what he is doing to protect us.