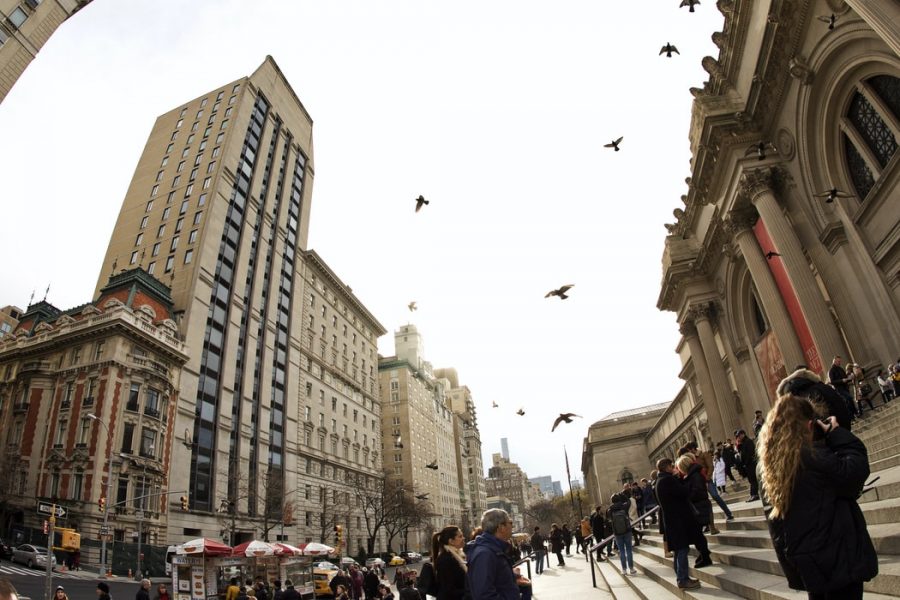 Pictured above is the iconic steps of the Metropolitan Museum of Art, a location that was seen often in the original series. The 'Gossip Girl' reboot is set to premiere in 2021.

Reboots of hit TV shows are becoming more and more popular, especially on streaming services. HBO Max is set to release a reboot of the hit drama “Gossip Girl” in 2021. The popular show ran from 2007 to 2012 and focused on the teenage children of elite society members on the Upper East Side.

Not much has been revealed about the reboot, but photos of the new cast on the steps of the Met were recently released. The Met steps were a staple for the original series, with the original cast frequently lounging there.

When asked why the reboot would focus on a new cast instead of the original cast, co-creator Josh Schwartz said, “We felt that a version with just our cast grown up, regardless of the challenges of getting those actors, didn’t feel like a group of adults controlled by ‘gossip girl’ made much sense. We felt there was something interesting that we are all ‘gossip girl’ in our own way and how that’s evolved, morphed and mutated and telling that story through a new generation of Upper East Side high school kids felt right.”

Despite there being a new cast, original series writer and showrunner Joshua Safran is set to return and work with Schwartz. Karena Evans, who’s directed music videos for Drake and other television episodes, is set to direct the first two episodes of the series.

There is a lot of pressure when it comes to rebooting such an iconic show. “You can imagine the bar is very high. I think that one of the benefits of having the original creators involved, they’re very clear of what the essential elements of the show are and are not,” the head of original content of HBO Max said. She also said that everyone is “excited to bring a modern lens to it 10 years later. Josh and team have done a great job so far.”

It’s unknown how the reboot will be received, as the original was so unique and specific to its time. However, with so many of the original crew members returning and the first script being well-received by them, it looks like things are heading in a positive direction. “Gossip Girl” could also be something that is too unique to recreate, but we will have to see when the reboot is released.