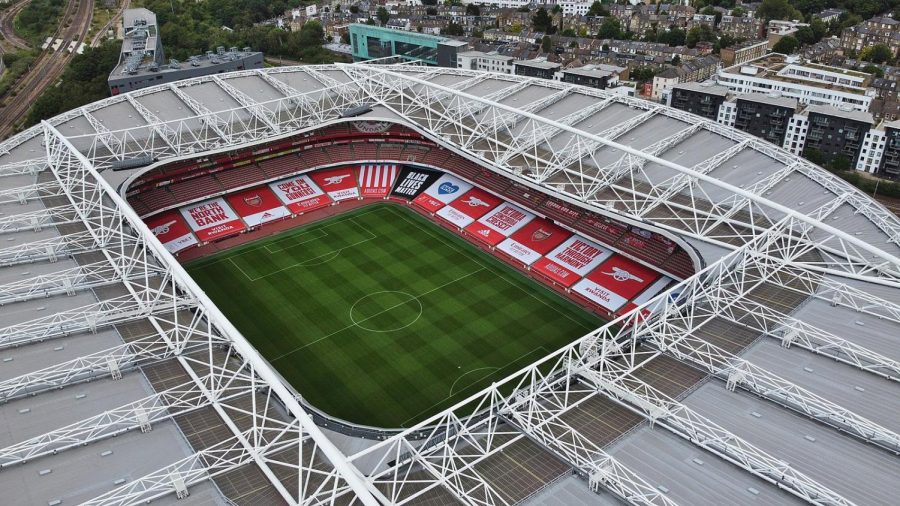 The Emirates Stadium has been Arsenal FC's home since it opened in 2006. The club recently became the first in the Premier League to join the UN's Sports for Climate Action initiative and has a history of sustainability and eco-friendly efforts.

Arsenal FC has become the first soccer team in the Premier League to assume membership in the UN Sports for Climate Action Framework. This pledge to fight climate change is monumental, especially now that the effects of climate change are affecting the world in previously predicted ways. Arsenal FC is now part of that fight to lessen these effects.

The UN has two goals for this climate action framework: “Achieving a clear trajectory for the global sports community to combat climate change, through commitments and partnerships according to verified standards, including measuring, reducing, and reporting greenhouse gas emissions, in line with the well below 2 degree scenario enshrined in the Paris Agreement, and using sports as a unifying tool to federate and create solidarity among global citizens for climate action.”

According to Arsenal’s operations director Hywel Sloman, the club has “already implemented a number of environmentally friendly practices across the club.”

This isn’t the first time Arsenal has taken action to reduce the effects of climate change. In 2019, the club finished joint-top in a BBC Sport Premier League sustainability table, showing that they strive toward eco-friendly practices such as clean energy, energy efficiency, sustainable transport, single-use plastic reduction or removal, communications or engagement and more.

Arsenal was also the first football club in the UK to have large-scale battery energy storage in 2018, powering the 60,000-seat Emirates Stadium for an entire match. They have also planted around 29,000 trees since 1999, creating the Colney Wood. They have switched to green electricity, provided water dispensers to reduce single-use plastic cup waste, and installed a water recycling system at their training center.

When it comes to sustainability, Arsenal is really doing it all, proving just how attainable it is for elite sports teams to fund eco-friendly efforts and gradually go in the direction of the future, where these efforts are seen as the norm.

This is just another example of a sports team being leaders in society. People look up to and idolize athletes, and their actions and words can have a very significant effect on their fans. When people see their favorite putting so much effort into not only promoting sustainability but implementing it into their games, they will take note.

“Football inspires so many of us around the world and there is a remarkable potential for the game to become greener, more climate-resilient and lead by example for millions of global fans,” Lindita Xhaferi-Salihu, Sports for Climate Action Lead at UN Climate Change said.

That’s why their role in sustainability efforts is so impactful. Imagine how much electricity and plastic waste is used at your average UT football game. Now multiply that by the number of stadiums and games in the world. If every sports team put as much effort into sustainability practices as Arsenal, there would be much less waste and much more consciousness surrounding sustainability.

Fans seeing eco-friendly practices put into play will take those practices into their own lives and homes. It’s a domino effect that raises awareness and creates change. And change is something we desperately need if we’re going to keep our planet.