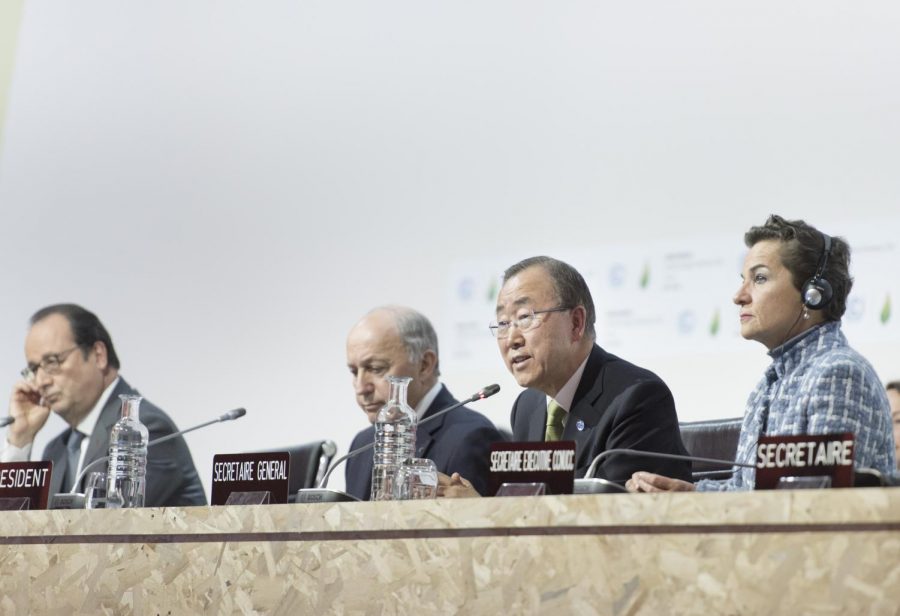 Former President Trump withdrew from the agreement citing economic concerns. The withdrawal led many to call on President Biden to re-enter the agreement.

The accord was meant to set an international framework to avoid climate change dangers by maintaining a global temperature increase below 2°C. Countries that sign on to the accord commit to reducing their carbon emissions in order to slow the warming of global temperature.

Climate change may pose a significant environmental threat, but the Paris Accord is largely an international public relations gambit. Biden’s decision to rejoin it is being claimed as a significant climate win, but the reality is that it’s more virtue-signaling than climate victory.

The biggest problem with the accord is that it has no legally binding enforcement mechanism on the signatories. The agreement has no power over an individual country’s decisions and there are no consequences for countries that don’t meet their nationally determined contributions. Indeed, when President Barack Obama signed on to the accord, he didn’t submit it to the Senate for ratification because he knew it wouldn’t pass.

The second problem is that in 2015, when the agreement was made, climate scientists at the Massachusetts Institute of Technology analyzed the agreement and projected that even if the goals were met by every country, the result would be “about 0.2°C less warming by the end of the century.” In other words, the climate agreement will have almost no detectable impact on the climate.

The U.N.’s 2020 environmental emissions report acknowledges the same fact. As described in the report’s summary, pledges under the Paris Agreement are still “woefully inadequate.” What’s more troubling is the report’s findings that the Paris Agreement’s stipulated goals must be “roughly tripled” to hold temperature increases to the targeted rise of  2°C and increased “at least fivefold in order for the 1.5°C pathway.”

Last week, John Kerry, Biden’s climate czar, admitted the Paris Agreement was “not enough” and that “almost 90 percent of all of the planet’s global emissions come from outside of US borders. We could go to zero tomorrow and the problem isn’t solved.”e

If President Biden is serious about climate change, his administration must be laser-focused on moving the U.S. toward using more nuclear energy. In doing so, he must be careful that any effort to reduce carbon-dioxide emissions doesn’t place major burdens on low- and middle-income Americans. Retaining America’s existing nuclear capacity — and building lots of new reactors — won’t be easy. It will require bipartisan agreement and sustained federal funding. Again, that won’t be easy, but if solving climate change is Biden’s priority, he must make nuclear energy a top priority.