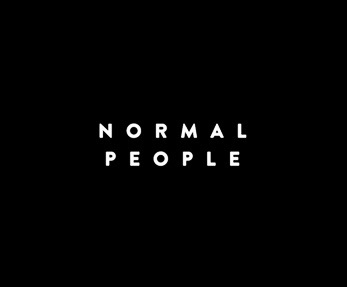 "Normal People" was released on Hulu in April of 2020. It stars Paul Mescal and Daisy Edgar-Jones.

On April 26, 2020, Hulu released “Normal People,” directed by Lenny Abrahamson and Hettie Macdonald. Based on the novel by Sally Rooney, which made it to The New York Times Book Review in 2019, the show is a perfect visual for the subtle heartbreak that Rooney so delicately writes.

The plot follows Marianne Sheridan and Connell Waldron who go to high school together in Sligo, Ireland and belong to two completely different circles. While Connell is very popular and shy, Marianne is an outspoken loner whose wealthy family employs Connell’s mother to clean their home.

While having known each other since grade school, the two only speak when Connell picks up his mother from the Sheridan’s after school. There is obvious chemistry between the two characters, and they begin a secret relationship that only sees the light of day behind closed doors.

While Connell’s friends make fun of Marianne, he obsesses over how he would be perceived if they knew. This hurts Marianne because of the lack of love in her life, especially male love, and it soon forces her to leave school before graduation without a word to Connell, who feels the absence of the one person he could confide in.

The rest of the story follows the lives of both Marianne and Connell as they attend the same university and find each other weaving in and out of each other’s lives, sometimes as friends, and other times as familiar lovers. There is a consistent bond between them that is subtly apparent, even as they date other people.

Both the show and the novel illuminate the rawness of life and love in their own specific ways due to the different mediums they appear in. The show allows close up shots of the characters’ faces showing blemishes and un-plucked hairs that portray the plainness of the characters and the vulnerability of the actors as they do not give people an unreachable sense of reality that many shows portray.

While being a sort of dysfunctional love story, this work covers a plethora of topics including death, suicide, family trauma and mental health, deeming the story realistic and relatable without trying.

This story focuses on two individuals and the progression within themselves and their capacity to love, which is shown through the thoughtful and slow moving dialogue. Unlike some romance shows, this one does not feed on drama, but on the normal things one can expect in life as a young adult.

While they are remarkably alike, viewers should read the book before watching the television show, which may sound cliche, but it is for the sole reason of being able to appreciate what each medium has to offer.

“Normal People” has been nominated and chosen for a plethora of awards, being recognized for its sincere ode to humanity and young love, which does not always work out perfectly. It highlights the theme that real love is constant no matter what happens in life.