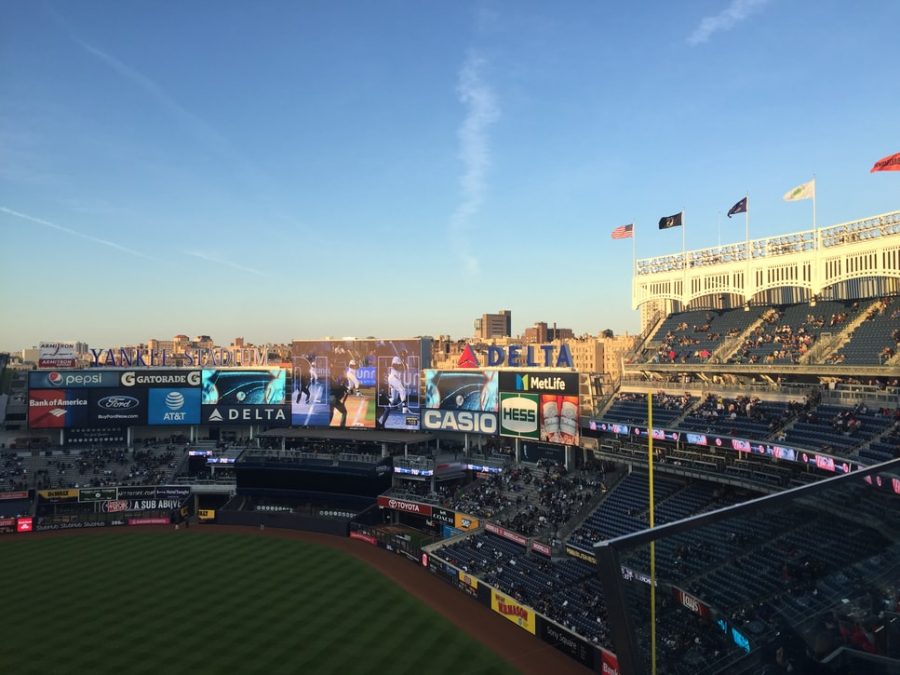 During the 2021 season each team is scheduled to play 162 games. The MLB will hold the All-Star game on July 13 in Atlanta.

The MLB offseason is drawing to a close. Trucks loaded with equipment are on their way to Florida and Arizona for spring training. With a new rule book set in place, the biggest change is the removal of the designated hitter in the National League (NL) after it was temporarily put in place for last year’s short season. The league plans to play a shortened 152 game season due to the COVID-19 pandemic.There are many moves to unpack, including free agents, trades, and executive moves, most importantly the Miami Marlins hiring the first female GM in history with Kim Ng. I will be analyzing the major moves of the 2020-2021 offseason, and looking at the winners and losers of each.

Free agent and reigning NL Cy Young Award winner, Trevor Bauer, signed a record breaking contract today with the Los Angeles Dodgers for $102 million over three years and an opt-out for the last two years. The former add-team-starting-pitcher will be getting paid $40 million in 2021, and $45 million in 2022, making him the highest-paid player in MLB history for a single season in both years. For a pitcher with a modest 3.90 ERA, this deal has the potential to blow up in the Dodgers face.

Besides Trevor Bauer, two players signed deals reaching the nine-figure mark. Astros center- fielder George Springer signed with the Toronto Blue Jays for $150 million over six years.. Catcher J.T. Realmuto re-signed with the Philadelphia Phillies for $115.5 million over five years. Other notable signings include Yankees second baseman D.J. LeMahieu who re-signed for a six year $90 million contract. Mets starting-pitcher Marcus Stroman accepted a qualifying offer for a one year contract worth $18.9 million. With two weeks until pitchers and catchers report to spring training, there are a few impactful free agents still on the market  like Bradley Jr.,Paxton and  Ozuna.

The other blockbuster trade was former Cleveland Indians shortstop Francisco Lindor and starting pitcher Carlos Carrasco heading to the New York Mets in exchange for shortstop Amed Rosario, in-fielder Andres Gimenez, outfielder Isaiah Greene, and right-handed pitcher Josh Wolf. This was the big splash that new Mets owner Steve Cohen promised to make. Francisco Lindor, nicknamed Mr. Smile, is simply the best shortstop in all of baseball and one of the league’s most exciting personalities, making him a perfect fit for the New York spotlight- if they can extend his contract beyond next year. The Mets also fill one of their holes with Carrasco, who can slide perfectly in their rotation behind DeGrom and Stroman.

Even though the MLB should be celebrating an exciting offseason, their image was tainted by  sexual harassment accusations made against Mets GM Jared Porter and Angels pitching coach Mickey Callaway.

Jared Porter was fired mid-January after ESPN obtained text history of Porter sending unsolicited sexually explicit photos to a female reporter in 2016 while General Manager of the Chicago Cubs.  Porter was hired by the Mets the morning after this story broke, leaving many to wonder how his history with reporters did not come up in any background checks during  the hiring process.

Mets owner Steve Cohen said in a deleted Twitter statement, “There should be zero tolerance for this type of behavior.”  Mickey Callaway was suspended indefinitely as the MLB is conducting an investigation of sexual harassment claims by five female reporters. Callaway’s alleged actions took place over five years on three different teams where he contacted multiple reporters and asked for sexually explicit photos. Again we are left to wonder how none of these teams could have known about Callaway’s actions, especially when one of the women called it, “The worst-kept secret in sports.” This offseason showed fans a lot about how women are viewed in baseball, and they are awaiting much-needed change in the sport.