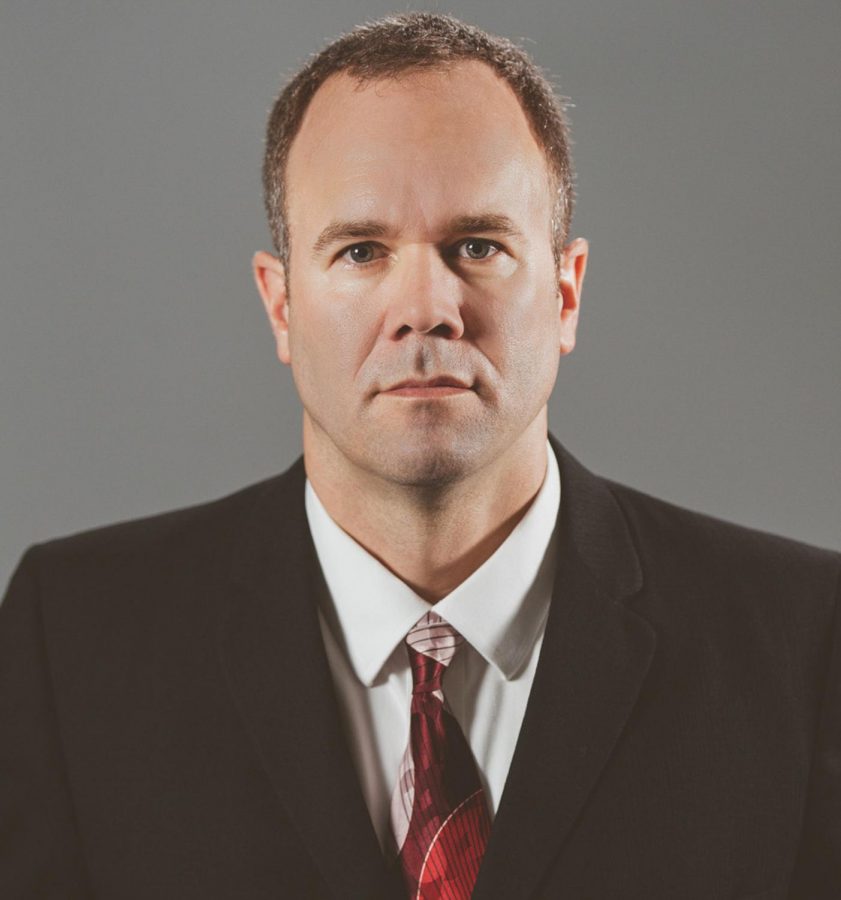 Professor Andresen began teaching criminal justice at St. Edward's in January 2016. Like many, Andresen is missing the simple things in life, like going out with his family.

Since March 2020, members of the St. Edward’s University community have faced some of the toughest year of their lives due to COVID-19. Professors in particular have been forced to adapt to online teaching styles during the pandemic to keep themselves and their students safe.

Warren Andresen is a criminal justice professor at St. Edward’s. He has been teaching at the university since 2017 and has a doctorate degree  from Rutgers University. He has done extensive research on the gay and trans panic defenses, race-ethnicity and policing, the county jail/criminal Justice system, community corrections and film. Along with his professional responsibilities,  Andresen has a wife and three young children.

“It’s been the worst year of my life…when you can’t leave and you can’t do anything, it’s hard. It’s hard to get excited about anything,” Andresen said.

When the pandemic began and in-person classes came to a halt, professors had to quickly learn to adapt to remote teaching.

“First you had to learn really quickly. I’m one of those people who would have never wanted to teach online, and then suddenly, that’s how you have to start teaching,” Andresen said.

He noted that his own struggles with adjusting to online learning made him more sympathetic to the struggles his students face.

“The students are very encouraging,” he said. “It’s a  two way street when you teach, both sides have to live up to their side of the bargain, they’re very patient and they’ve gone along with it and tried to work with it.”

According to Andresen, faculty and staff at St. Edward’s have had similar support from the administration. “They trained us really fast and then they also put a lot of time in. I think they’ve had sessions [on how to better teach online] every week for a year and then they had sessions once or twice a week. Some of the instructors were supposed to be off for a month or two but they did not take that break.”

Like many, Andresen is awaiting a  safe return to “normal” life and looks forward to enjoying “the little things” again.

“On Sundays, I would take my daughter to a record store or go to a café , maybe a bookstore. It was easier, you could just do that. That’s what I’m looking forward to, just being out in the world.” The pandemic has affected all of our lives but as the end of the pandemic is in sight, we can all look forward to a return to normal.