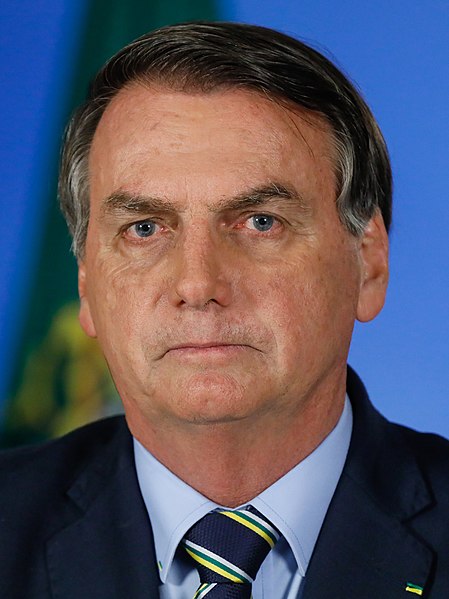 As protests erupt across Brazil, President Jair Bolsonaro faces potential impeachment. His handling of COVID-19 and the economy have been criticized both in Brazil and abroad.

Protests have erupted in Brazil’s major cities, calling for the impeachment of President Jair Bolsonaro, for his handling of the COVID-19 pandemic and rising inflation in the country. Just a year out from potential re-election, Bolsonaro’s poll numbers are at an all-time low.  A poll conducted by the Atlas Institute says that 61% of Brazilians find he is doing a “bad or very bad” job.Br

Almost 600,000 Brazilians have died from COVID-19. Bolsonaro remains unvaccinated, while his government has failed to and even rejected purchasing more vaccines. Food and gasoline prices are quickly rising, and 14 million people remain unemployed as their economy continues to struggle due to the pandemic.

Citizens and legislators across the political spectrum are calling for his impeachment. This is not the first time impeachment has been used in Brazil; two presidents have been impeached since 1992.

Rodrigo Nunes, a political science professor at St. Edward’s University teaches a course on Brazil. “Not everyone protesting against Bolsonaro is a left-winger, some are  anti-Bolsonaro” Nunes said. This leaves protestors divided, their number and power dwindling and unable to put political pressure on the legislature for impeachment.

“The right could overlook his personality if the economy or society was doing well, but they are not because of [Bolsonaro] incompetence. He is unable to run a government” Nunes explained. However, he says there are a number of things that could prevent a Bolsonaro impeachment.

“Impeachment can come if lawmakers understand that they begin to run risks of not being elected in 2022 by continuing to support the Brazilian president,” Leonardo Avritzer said, a political science professor at Federal University Minas Gerais. The disunity of the protestors has not made that much of a threat.

Nunes points out that Bolsonaro still has a hold over many non-ideological parties and members of the legislature. He uses state money to help bolster these politicians and their districts. They will vote for him as long as he continues to help them, regardless of his policies.

Anxieties surrounding the military and the possibility of a coup led by former military officer Bolsonaro remain prevalent among Brazilians. The country has had two military dictatorships in the past century alone. The recent protests were in response to a rally promoted by Bolsonaro on Brazil’s independence day. Many people feared this was a grab for power, spurred on by the president’s extreme rhetoric surrounding the event. However, Nunes suspects even the perception of a military threat is enough to keep many citizens from demanding change.

At the end of the day, even if all of these obstacles are overcome because Brazil is a multi-party system, you would need a “majority of parties to get on board,” Nunes said, referring to Brazil’s multi-party system. Bolsonaro’s fate will have to be decided at the polls next year.