Gruden forced to resign following the emergence of controversial emails 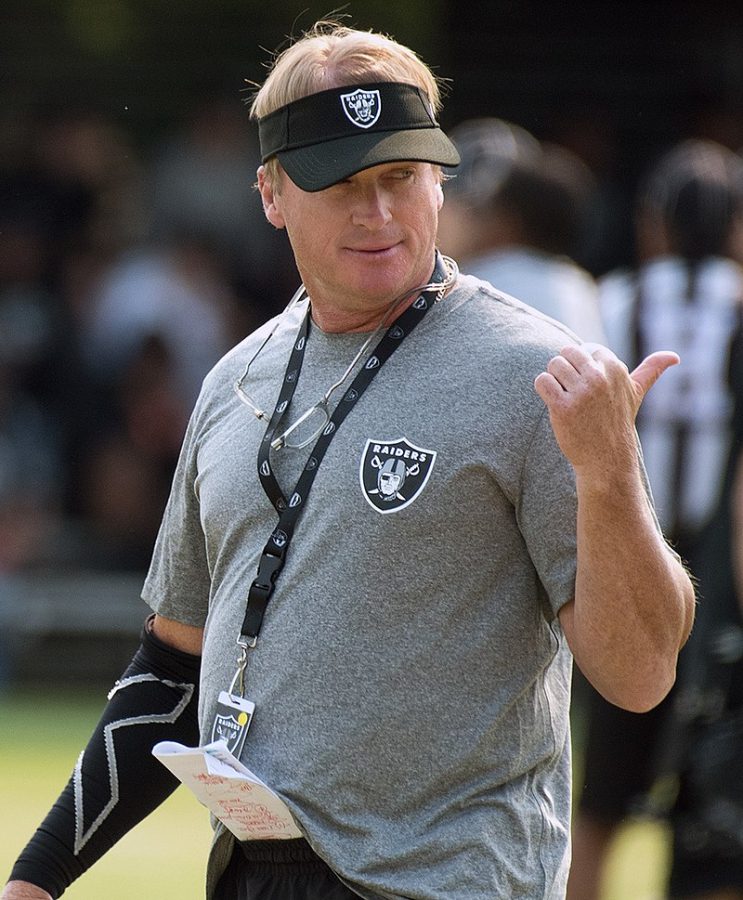 In 2011 Jon Gruden, who recently resigned as coach of the Las Vegas Raiders, wrote an email using racist remarks to describe the executive director of the NFL Players Association , Demaurice Smith. His comments, used abhorrent stereotypes to compare Smith’s lips to “Michelin tires” and insulted the executive’s intelligence. Recently, this development has become a part of a more extensive conversation involving the Black experience in executive roles, as well as racial and gender inequality in the NFL.

According to the New York Times, Demaurice Smith stated how “racism like this comes from the fact that I am at the same table as they are and they don’t think someone who looks like me belongs.”

Race disparities in the NFL have been evident for years. In fact, during hiring in 2016, over 70% of the NFL head coach positions were filled by white men. Additionally, when looking at the owners of NFL teams, there are only two minority franchise owners, and only one of them is a woman. This adds up to a grand total of 6% diversity. In recent years, there have been mandates placed on the NFL requiring them to interview several minority candidates for these positions. Though ultimately, an interview does not guarantee a job.

In response to his exposure, Gruden has denied any prejudice and asserted that “[he] is not a racist” but “went too far.” “This is not the first racist comment that [he has] heard and it probably will not be the last,” Smith said.

How exactly the world has come to know the unsavory conversations that Gruden has contributed to, has more to do with the Washington Football Team than anything else. This year, a “workplace culture” investigation was launched on the Washington Football Team’s administration in order  to further assess claims of sexual harassment. In uncovering evidence, several emails sent by Jon Gruden were revealed, many of which expressed sexist, homophobicand racist opinions.

A few emails exchanged between Gruden and Bruce Allen, the WFTpresident, contained pictures of nearly nude women. According to The Athletic, Gruden also “denounced the emergence of women as referees,” and referenced Robert Goodell, Commissioner of the National Football League, using harsh and colorful language. Gruden has also been cited using homophobic language, criticizing gay NFL players, and using anti-gay slurs when talking about NFL drafting.

Considering the magnitude of Gruden’s moral violations, many people may have expected his sudden resignation. In leaving his position as head coach of the Las Vegas Raiders, Gruden expressed he did not “want to be a distraction” and made one last effort to say that he “never meant to hurt anyone.”

According to ESPN, despite the recent Washington investigation bringing him forward, the NFL has mentioned that there are no “problems anywhere near what [was seen] with Jon Gruden.” However, with a league so packed with historical prejudice, Gruden’s removal from power is far from the end of the journey for long-deserved justice.