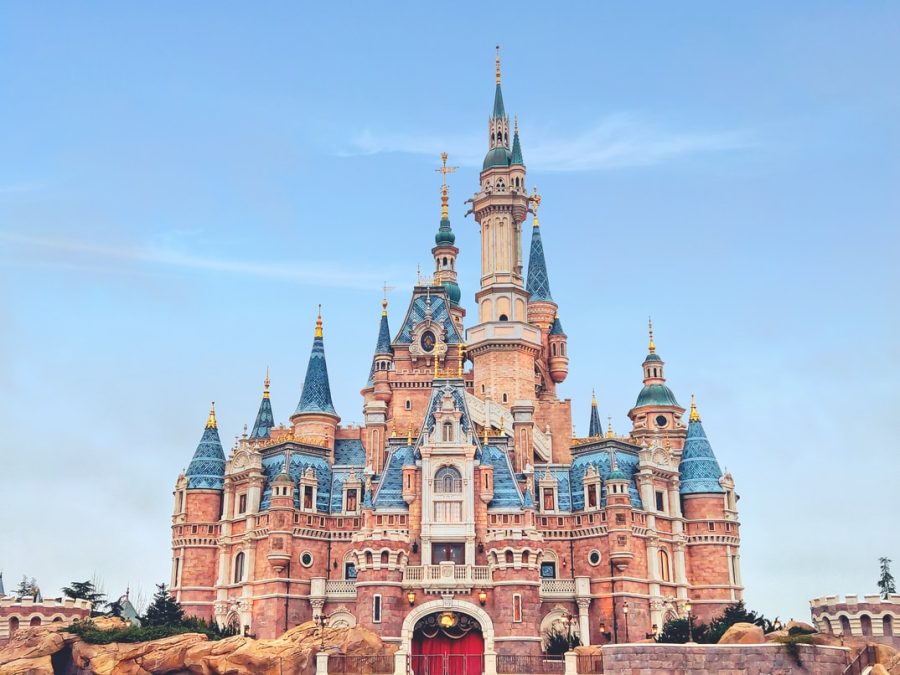 Disneyland park in Anaheim, California was found in 1955. The theme park receives an average of 50,000 visitors per day.

They’ve made us laugh, cry and hope, and now they’re making us reminisce. Walt Disney Animation Studios celebrated their 98th anniversary on Oct. 16 with a short video that took us through a titled rollercoaster of the many animated films they’ve delivered over the years, until arriving at the showcase of their 60th and upcoming animated film “Encanto.”

Disney’s impact on the animation industry has been major. Through groundbreaking innovations like the multiplane camera, the first feature length animated film and technicolor technologies, the animation studio has always found a way to sprinkle that Disney magic and bring its characters to life with its daring pushes in animation.

Not only has the company  pioneered animation since its genesis, but the stronghold it has had on pop culture is almost unavoidable at this point. The quite literal Disney Empire keeps on conquering media and entertainment giants like “Star Wars” and the “Marvel Cinematic Universe.” Disney studios has since expanded its catalogue of pop culture symbols, and much of today’s brands can be traced back to the company.

From an early age, you were probably exposed to the everlasting Disney moments that instilled a lifetime of virtues and morals in us. Whether it was “Robin Hood” teaching us to give to those in need, “Peter Pan” insisting we stay young or, “Moana” proving that everybody can be a princess, Disney has nurtured valuable life lessons in us along the way.

Disney’s representation brought awareness to many movements and communities. Movies like “Wall-E” showed us an ever-so-possible future if we don’t act on global warming issues. “Inside Out” touched on the importance of validating emotions and mental states. Films like “Brother Bear,” “The Emperor’s New Groove,” “Aladdin” and “The Princess and the Frog” all have their own ethical lesson, but also help represent groups that often don’t feel as focused on in movies.

Though not  every group feels as represented in Disney’s animated universe. The studio has dropped a plethora of easter eggs with queer characters and subtle LGBTQ+ portrayal, although some feel that they are wrongfully stereotyped and developed. Movies like “Mulan” have non-binary undertones, but it would be nice to see the animation studio embrace queer representation and help the progression of acceptance that previous movies have pushed for.

Early caricatures that Disney produced weren’t the social symbols that they are today. Older  movies like “Dumbo” had a racist stereotypes in its poorly chosen crow characters, and early cartoons often donned black faces. The studio has since moved from that and has helped establish a direction in society towards open mindedness.

When writing this story, I talked to my sister about our favorite Disney movies. Her’s was “Lilo & Stitch” because she related to Nani in the sense that she was thrusted into a more maternal relationship for somebody younger. Part of the experience is the personalized connection and the values that these movies have taught us. Disney’s impact extends beyond societal expectations and touches the individual. Everyone’s experience with Disney is different, and that’s what makes it magical.