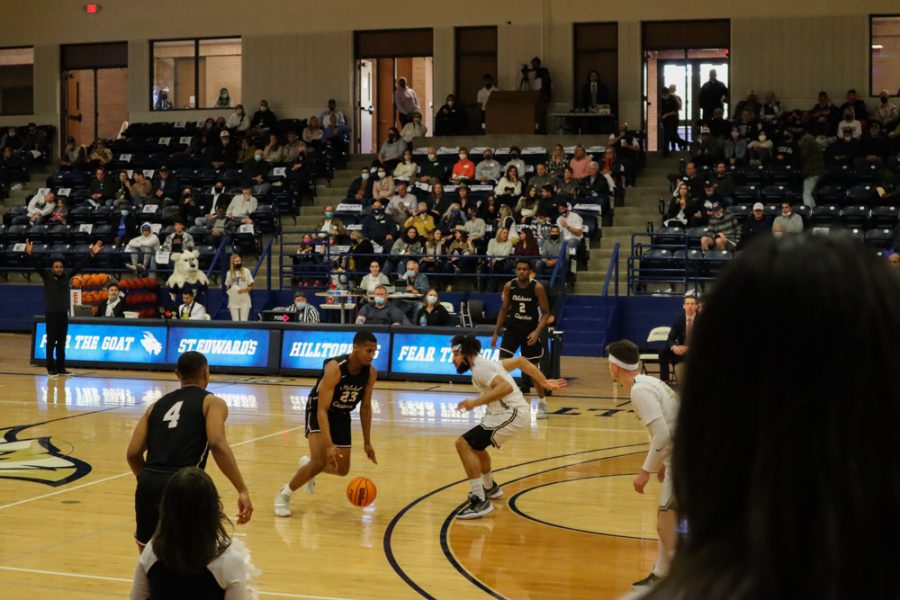 The St. Edward's men's baseball team is on a hot streak as they prepare for the LSC tournament. Their final regular season game will be played against their rivals Feb. 24 on the road.

On homecoming weekend, the St. Edward’s men’s basketball team defeated Oklahoma Christian 79-64 while shooting over 41% from the field and over 43% from the 3-point range. The Hilltoppers were led by Uche Dibiamaka, who posted 23 points, while Bennett Mohn added 15,  Daniel Venzant 12 and Jake Krafka 12. Logan Cook led all players with 11 rebounds and Daniel Venzant led all players with eight assists.

The Hilltoppers led for all but three minutes in the game as they coasted to victory Saturday afternoon. The Hilltoppers held a 40-33 lead over Oklahoma Christian heading into halftime. St. Edward’s drained seven 3-pointers in the first half to help separate themselves from the Eagles.

After allowing the Eagles to score the game’s first five points, the Hilltoppers went on a 40-28 run to end the half. The hot start from the Hilltoppers helped put them in a great position heading into the second half.

Before the game, St. Edward’s honored the five seniors on the men’s basketball team. Daniel Venzant, Logan Cook, Jake Krafka, Luke Pluymen and Oscar Oswald were recognized for their accomplishments both on and off the court during their career at St. Edward’s.

Following their victory over Oklahoma Christian, St. Edward’s sits in the eighth seed in the Lone Star Conference as the conference tournament takes place in two weeks.

Before the conference tournament, the Hilltoppers have to go on the road to finish out their season. They will take on Texas A&M-Commerce, St. Mary’s University and University of Texas Tyler. TAMU-Commerce and St. Mary’s are ahead of St. Edward’s in the standings, while UT Tyler is currently two games behind the Hilltoppers.