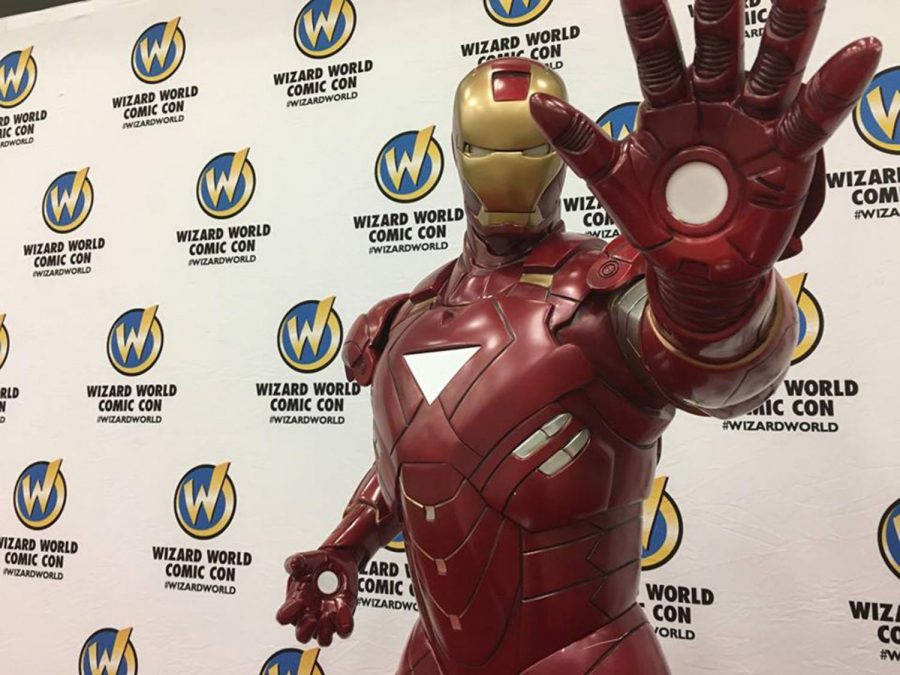 Imagine encountering a celebrity you really admire, someone who you never imagined you would be able to meet. What would you say to them? I spent four months wondering this myself.

From the moment I learned Sebastian Stan would be attending Comic-Con during September, I began planning my few, savored seconds with him. What would be a fraction of my day would be forever implanted into my memory. It had to be perfect.

Out of the lineup of celebrities attending Austin Comic-Con, I focused mainly on meeting Stan, known for his role as the Winter Soldier in Marvel’s “Captain America” movies. The last convention held by “Wizard World” I attended didn’t have any celebrities whom I was keen on meeting, so having Stan there was very exciting.

The day I met him was one full of anticipation and anxiety. I had paid for the $90 photo-op pass and fully intended on receiving an amazing experience with him.

Unfortunately, meeting him was anything but extraordinary.

A girl who partook in an earlier session with him told my friend Tess and I that the photographer was very rude and was yelling at fans to move along after each picture was taken. I figured since I was part of the last session of the day, however, she wouldn’t be as critical.

I planned to ask him to sign the Winter Soldier arm my dad had constructed for my costume and alter between different poses with him, maybe even give him a small speech about how he was my inspiration.

When Tess and I made our way behind the large, red curtain blocking the actor from everyone’s view, however, we realized that wouldn’t be the case. We watched as the fans before us attempted to make conversation with Stan, only to be interrupted by the shouts of the photographer for the next person in line.

As the girl in front of us scurried towards him nervously, I slowly put my sharpie away, accepting the fact he wouldn’t be signing my arm any time soon.

After the girl’s photo, she tried speaking with him, and he tried responding back to her resulting in another shout. One fan after another was sent off with a disappointed look on their face.

Tess and I approached Stan and reveled in the side hugs he gave us as the large camera went off with a blinding flash. I only caught a close up look at his face for about five seconds, then we were sent on our way.

This was not the experience I wanted. Looking back at it, I wish I had told the photographer off about how rude she was or how unprofessional she was acting.

I may sound like I’m being overdramatic, or selfish, but this sort of experience is bad not only for the fans, but also for the celebrity. Many actors love conversing and talking with fans at conventions. It may be the only thing that makes up for their jet lag and lack of sleep.

It was clear to me that Stan was disappointed when he couldn’t speak with his fans by the way his smile seemed to drop each time someone would leave unhappy.

Taking photos with other con-goers is always fun and spending your entire bank account on merchandise is great, but meeting one of your favorite celebrities is the cherry on top of a perfect Comic-Con weekend.

I enjoyed the convention as a whole and am excited for my next one in about a year, but this experience has toned down my convention hype.

It only took six conventions to wear me down — kudos to that photographer.