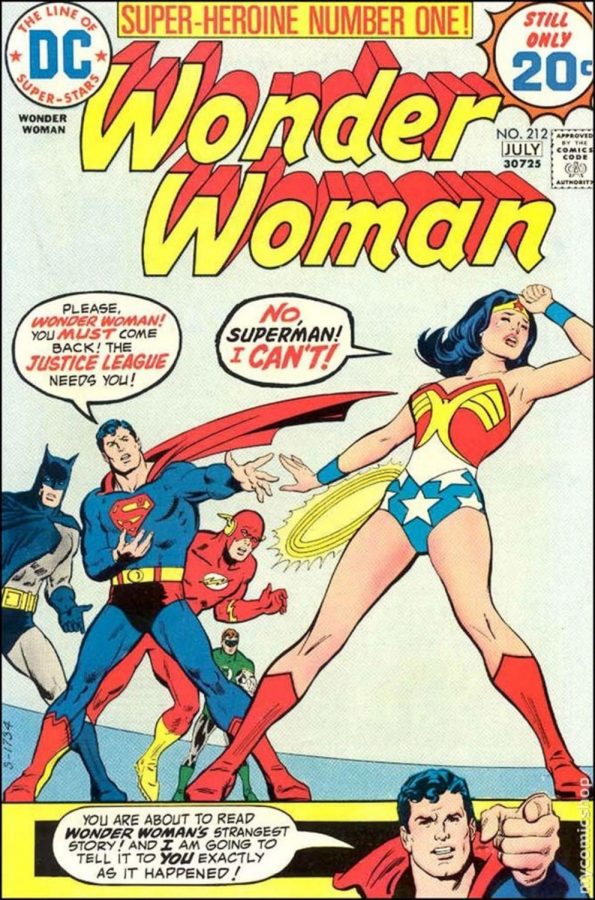 In recent years, we superhero fanatics have had the show of a lifetime.

I’m not talking about the upcoming release of long-awaited “Captain America: Civil War” or even the horribly graphic three minute montage of Deadpool’s sex life in his self-titled debut.

Rather, the lopsided battle between DC Entertainment and Marvel has heated up so tremendously, it’s hard to remember that the drama between the companies isn’t the real show on the silver screen. And with the release of multiple successful Marvel films, and well, not a single good DC film, things aren’t looking to cool down.

Considering DC Entertainment’s latest film “Batman vs. Superman: Dawn of Justice” tanked after receiving mixed-reviews, this super-fan thinks that DC deserves to be lowest man on the totem pole. And here’s why.

When Marvel gave us “The Avengers” in 2012 (with Black Widow in the periphery), we loved it. But while DC Entertainment has been trying play catch up, the company missed their chance to get a leg-up on Marvel. Instead of setting up a clash of the titans film starring (yet again) orphan Batman and sadly element-allergic Superman, DC Entertainment should have been smart enough to take two steps ahead and put women first, but not just any woman — Wonder Woman.

Although Wonder Woman’s own film is expected to come out in 2017, DC should have produced a superhero film with a woman in the lead role, prioritizing it above all else. But instead, the company focused a Superman/Batman combo, which along with Spider-Man, make up what I call “The Whiny Boys Club.”

Both Marvel and DC Entertainment lack equal representation of female and male super-beings, but in my opinion DC totally had their chance to change this injustice while profiting off of it, but they didn’t.

DC completely ignored America’s still-burning passion for Wonder Woman. In our collective memories, we still adore the image of Linda Carter standing in her power pose wearing a patriotic outfit, yet DC has decided to put Wonder Woman and the image Carter created in the ‘70s T.V. show on the back burner yet again.

But the big issue isn’t just that DC relies on the old superhero boy’s club to cash out in the box office. Rather, DC’s poor writing and 1950s-style one-dimensional characters make our once-adored heroes as emotionally complex as goldfish.

Here we are in 2016 and the writing department of “Batman vs. Superman” has the audacity to stick a wad of gum on a piece of paper, crumple the paper, throw it into the trash and call it a script.

Good storytelling is what makes otherwise skeptical audiences uncross their arms in the theater, belly laugh once or twice and even shed a reluctant tear. And a well-written Wonder Woman, in all of her complicated past and honorable emotional strength, could have launched both herself and other heroes from DC Comics into the limelight.

Yet while Wonder Woman could have been the savior of DC considering her status as a familiar face with great potential for in-depth character development, now it is probably too late.

Whether you believe it or not, films like “Batman vs. Superman: Dawn of Justice” create negative consumer associations for films from the same studio that follow.

Still, at his or her core, the American superhero is an exaggerated version of who we are.

We’re self-sacrificing yet selfish, naive yet cunning. We identify so strongly with the Man of Steel and Wonder Woman and those like them because outside of the comic books and movie screen, we think we are invincible too.

If DC Entertainment would pick up on the fact that 50.9 percent of the population is female and that yes, we want someone like us to look up to — no, a few peripheral shots of the Black Widow won’t cut it — then perhaps competition between DC and Marvel could level out.

And in the end, better competition isn’t such a bad thing. Some would say it’s a good old-fashioned matter of good versus evil.