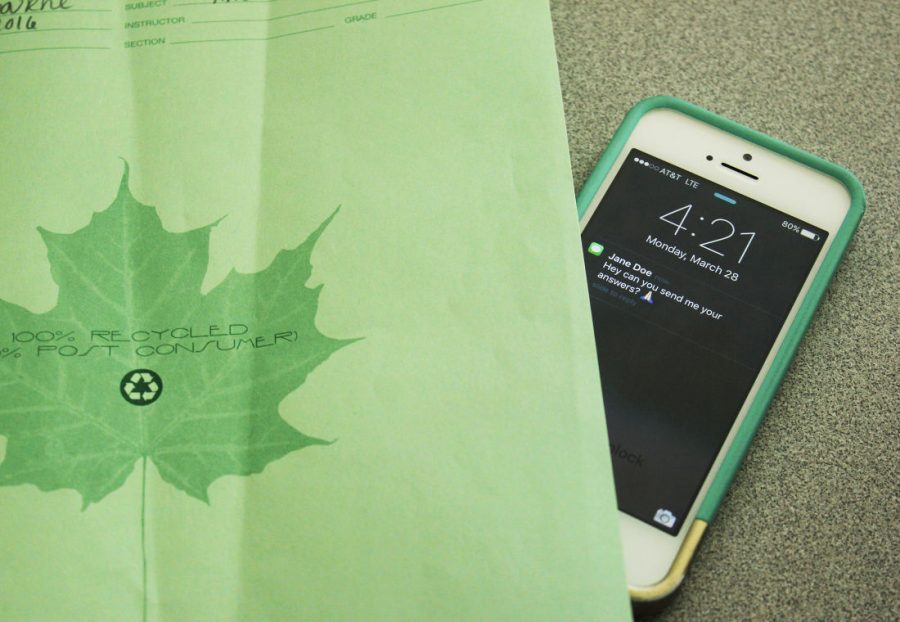 There were 19 reports of academic dishonesty submitted in the 2014-2015 Academic Year, said Molly Minus, associate vice president of Academic Affairs.

The Academic Integrity Assessment Committee at St. Edward’s University is trying to find out if academic honesty — or rather academic dishonesty — is a problem on campus.

“For the 2014-2015 [Academic Year], there were 19 academic dishonesty reports submitted to my office,” said Molly Minus, associate vice president for Academic Affairs.

In order to find out if there is a larger issue with cheating, the committee will provide a link to a 10-minute anonymous survey to students and faculty through e-letters, Canvas and Blackboard throughout the end of March and the first week of April. Those who take the survey will be entered into a raffle for a $100 gift card.

“We really want to know what [faculty and students] think about this important issue,” Minus said, encouraging them to take the survey.

Minus said information gathered from the surveys will provide the committee with:

· The opportunity to hear attitudes about academic honesty

But what about those who don’t get caught cheating? How many of those cases are there? Has the rise oftechnology affected plagiarism/cheating? That is information the survey and focus groups should provide.

“From data from academic dishonesty reports submitted to my office over the past 12 years, it appears that technology has provided easy access to online sources for plagiarism,” Minus said. “However, technology has also provided resources for detecting plagiarism such as Turnitin and Google.”

Minus said there are new concerns involving technology use, “such as smart watches, cell phones and tablets” that could be used to cheat on exams.

As for writing-based classes, there are other concerns that don’t necessarily revolve around cheating on a test — but rather having others edit work.

“I think teachers need to be clearer about policies on getting help outside the Writing Center,” Associate Dean of the School of Humanities Lynn Rudloff said.

Sometimes a professor can tell that someone has helped a student with a writing assignment, but since they were not clear about appropriate forms of “help” in their syllabi, they cannot expect students to know the differences, Rudloff said.

Established in 2015, the newly-formed committee was created with the purpose of “collecting information through student, faculty and staff focus groups and from surveys.”

This committee is consulting with the International Center for Academic Integrity (ICAI) at Clemson University, who has assisted hundreds of institutions in hopes of identifying and promoting values of academic integrity.