Stuck in Austin? Here’s how to prepare yourself for SXSW Music 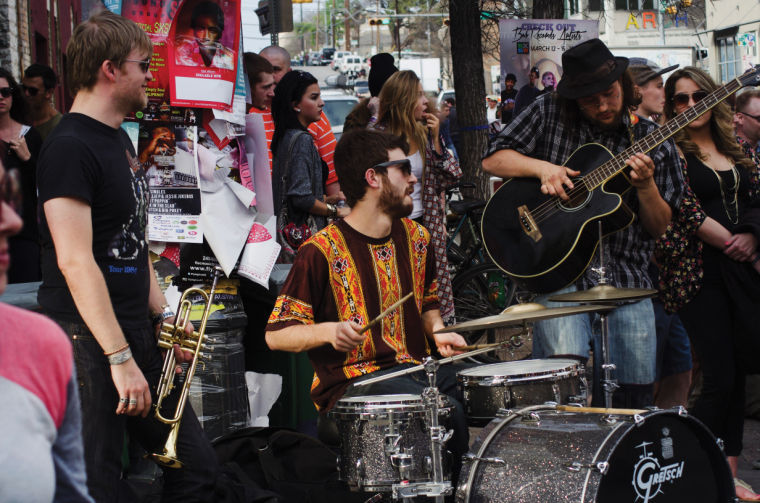 If you’re still in town now, it’s too late. You’re trapped in South by Southwest’s gravity well, and there is no escape. So you might as well go to some shows to help forget your sadness.

While I don’t claim to know everything — or even anything — we have been going for a few years now, and this is what we found works.

Looking through showlistaustin.com and do512.com is always a good call — they have the raw data on who’s playing what, where and it’s updated pretty frequently. Keep those handy during the festival.

I’ve had more fun watching random shows in bars without covers than most of the big name acts. And I hate lines.

Some of the day festivals hosted by organizations like Pitchfork or the AV Club are quite a good time, too. Check them out.

Don’t be afraid to explore, either.

Increased demand has pushed the front lines further and further down east of Interstate 35. You’ll have to walk a bit, but in the end, who minds a little walking? It’ll have to do, because I am appallingly bad at figuring out what’s cool to see ahead of time.

Remember: Eat the food. Park far away. Avoid driving as much as possible. Don’t fight with the tourists.

Bands that have shown up in an awful lot of lineups

Venues/Events that we’ve enjoyed in the past, but we’re not saying specifically why

Things you should do

Always charge your phone before going out.

Don’t carry too much stuff.

Don’t get over-served and forget the shows you see.

Things to do if you bought a pass

See all the music.

Wander around with your stupid lanyard being effortlessly obnoxious.

Experience the guilt and shame you know you deserve.