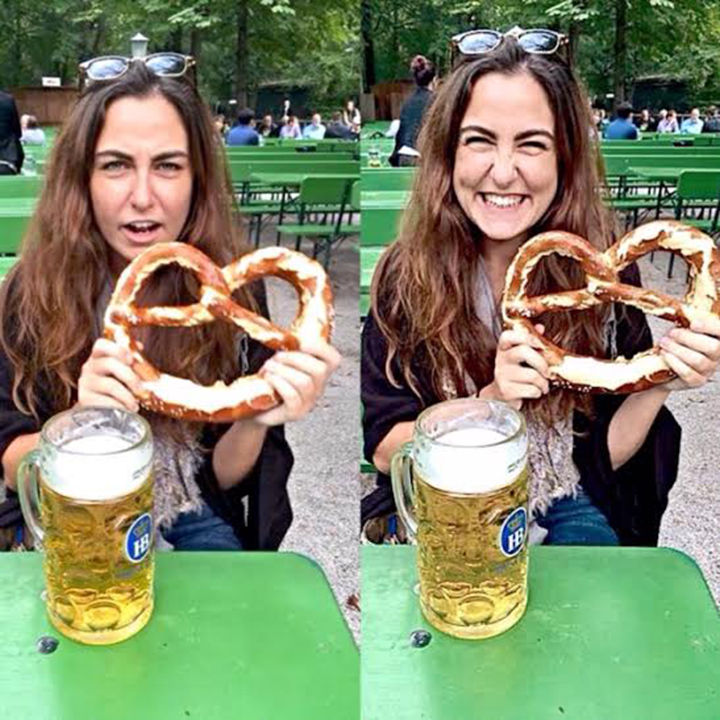 Moving cities (from Hanoi, VN to Munich, DE) can be physically and emotionally exhausting! So, treat yourself with a Bretzel and Bier at the English Gardens!

Hi, I’m Katie and for the next 5 months or so I will be writing weekly columns for Hilltop Views about my travels and time spent living in Munich, Germany as one of ten Fulbright scholars from St. Edwards!

I suppose I should begin with an explanation of how I got here. The adventure begins in France!

In Spring 2013 of my sophomore year, I decided to spend my semester abroad in Angers, France, which  has been one of the best decisions I have made in my 22 short years.

I arrived in Paris a couple days before the other St. Edward’s students and was looking forward to embracing the feeling of anonymity in such a diverse and enormous city; however, I felt more nervous and lonely than I did strong and independent.

My outlook changed when I met a guy named Nathaniel at my hostel who engaged me in conversation and reminded me that I could be alone anywhere in the world.

Today, I can’t even believe I was ever such a shy and meek character. I digress… Nathaniel was a Fulbright Scholar in Istanbul and just traveling for holidays. After his explanation of the grant, I made the decision to apply for a Fulbright to Germany after my graduation – and so, after months of essay writing and re-writes, interviews, liters of coffee, and support from friends and family, I’m here in Munich!

What does being a Fulbright scholar mean? Well, after the end of The Second World War, Senator William J. Fulbright introduced a bill that would fund a program to encourage cultural exchange between the United States and nations around the world; he hoped this would increase warm bilateral relations and understanding between nations. So here I am, representing Austin, Texas!

While I arrived in Berlin August 16th 2015, after living in Vietnam for 8 months, I did not move to Munich until mid-September. That means I have a lot to catch you all up on in regards to the past 5 months of my Fulbright grant (… and I just realized that means I only have 5 more until I leave in June)!

What Fulbright requires of me is to teach 12 hours a week, our current topic is: Education in the United States and Germany – A Comparison.

Because of this, I have a lot of free time; most of which I spend traveling, reading, with friends, and Netflix of course (but I have been watching German shows, so it’s kind of educational!). I am also enrolled in the Political Science Masters program at Ludwig-Maximilians University.