UPD chief: 29 cases of graffiti in past year, likely committed by high school students, not linked 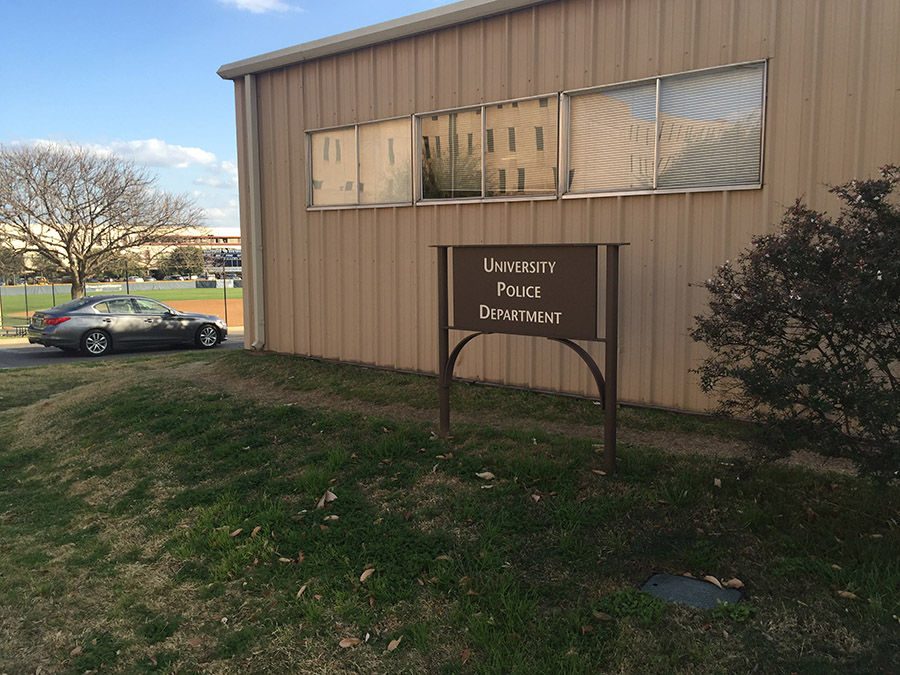 There were 29 cases of graffiti in the past year at St. Edward's University, according to police crime logs.

The existence of campus graffiti is not new to the St. Edward’s University community. According to the UPD crime log, there are a total of 29 documented cases from January 2015-January 2016.

“I haven’t noticed anything on campus, but I don’t doubt it’s there,” freshman Kassie Braun said.

Perhaps students have not noticed the graffiti because of the definition the campus police use to define it. Beck said that the department defines graffiti concurrent to Texas law Section 28.08.

Graffiti crime is present when a person intentionally marks another person’s property without the owner’s consent, according to the law. The law does not specify the size or magnitude that qualifies the markings as graffiti. It simply states that so long as the owner of the property did not consent the action, it is graffiti.

Beck was unable to describe the specific markings that UPD documented in the St. Edward’s crime log. He did, however, express that he did not think the crimes were linked and more times than not, committed by students of nearby secondary schools.

“These are usually crimes committed by juveniles and since we have a high school and a junior high school very close, it does happen from time to time,” Beck said.

Beck continued to explain that because St. Edward’s is an open campus, sometimes these students walk through the university going to and from school.

The crime log does not give any indication as to what exactly the police found. Instead the occurrences are divided between on-campus and off-campus cases. Beck explains that the incidences are documented depending on their geographic locations, not the specific property that is marked.

“Many of these cases are listed as St. Edward’s University because the location was on the grounds of the university, not a specific location,” Beck said. “The other locations listed are: John Brooks Williams Science Center North, Lake Lynch, Dujarie Hall and Trustee Hall.”

In January, the St. Edward’s police recorded three instances of graffiti in their crime log.

Interim Police Chief Dan Beck said that the graffiti appeared on City of Austin utility boxes, and his department mistakenly thought it was under their jurisdiction.

“I directed our officers to stop writing these reports and refer these cases to the Austin Police Department,” Beck said.

The off-campus cases, including the three citations from January, are incidences in which Austin property has been marked and UPD officers mistakenly document the crimes under their jurisdiction.

Those who UPD catch committing graffiti are subjected to punishments. These offenses start from a Class B Misdemeanor to a First Degree Felony. The severity of the punishment is directly related to the value of the property that is vandalized.

Offenses for graffiti result in a Class B Misdemeanor if the value of the property is more than $100 but less than $750. The punishment continues to increase as the property value increases.

A Class A Misdemeanor is punishable if the value of the property is more than $750 but less than $2,500. This pattern continues all the way up to a First Degree Felony, which occurs if the value is $300,000 or more.

Students around campus have mixed reactions to the numerous graffiti related crimes.

“I am not surprised about the amount of graffiti on campus especially in Austin, since downtown Austin is covered wall to wall in artwork,” sophomore Gabrielle Capaz said. “It doesn’t bother me because it does not personally affect me.”

Braun agrees with Capaz that the graffiti does not bother her, however she describes her disapproval in students damaging campus property because St. Edward’s has such a beautiful campus.

“It does not really bother me to know that it is there because I think it is an interesting form of art, but there is also a place for that and it is not on campus,” Braun said. “We pay to go to a beautiful school and there are other places they can go to do graffiti work.”