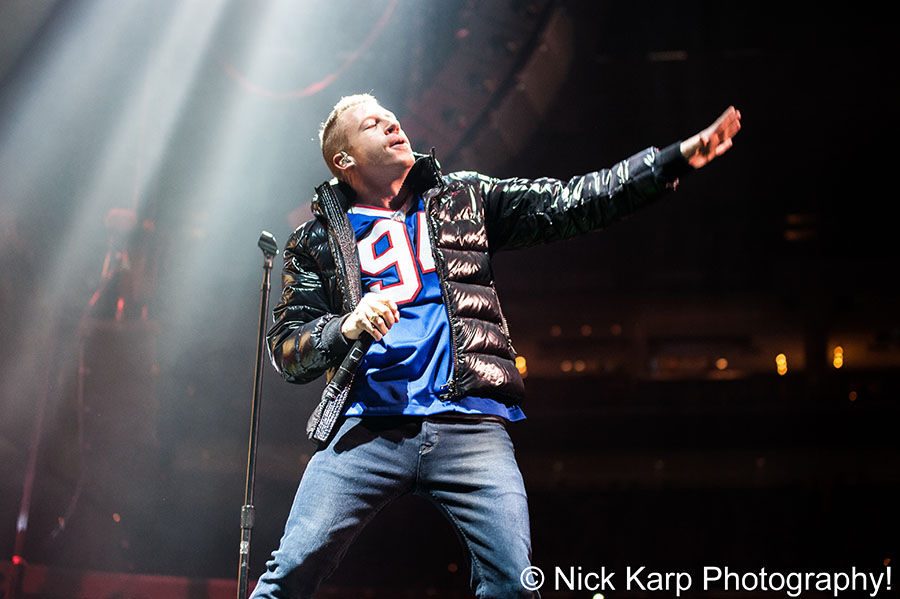 Attempting to have his voice heard in a time of cultural turmoil, the Seattle MC disses artists like Miley Cyrus and Iggy Azalea in the process.

Macklemore addresses what it is like to be a white rapper in the world of hip-hop. With lyrics like “hip-hop started off on a block that I’ve never been to” and “white kids with do-rags trying to practice their accents from the suburbs to the upper class,” he seems to be aiming at the idea that this dominant white culture strays away from the real roots of hip-hop.

Macklemore admits through the song that he is a part of the problem, but doesn’t make it clear who the song is for. He walks the fine line between praising black culture and bashing white culture, making this song sort of a controversy.

The song itself is well-made, as he collaborated with Ryan Lewis and black poet and singer Jamila Woods, and he feeds on his 2005 track “White Privilege.”

What I can’t help but question are his motives behind releasing this single at this particular time. Yes, his lyrics may seem sincere and touching, but isn’t the timing just a little bit too perfect?

If we backtrack and look at his history of hits that gives him his “woke ex-boyfriend” image, we need to start with “Thrift Shop.”

After grabbing the attention of millions with that dope fur coat, he went on to release another hit song, “Same Love,” right when the legalization of gay marriage was an issue in the spotlight.

And now, after the tragedies in Missouri and other states instigating the remains of racism in America, he releases “White Privilege II.”

Of course, he undoubtedly has musical talent or personal life. It is admirable to see his efforts on having a say in important issues that our country is facing. “The Heist” got a Grammy award for Best New Album, so there’s no denying his artistic abilities.

Donald Trump is running for president, and if that isn’t considered a warning sign to Americans to wake up, then using celebrity status to bring awareness to young people could be a pretty smart tactic.

Maybe he just has really good luck with timing and is trying to use his popularity to influence his listeners, but maybe he’s trying to make a profit and make himself relevant when he doesn’t really need to be.

Regardless, Macklemore raps with good intentions and aims to be a positive voice for our generation. Unlike most celebrities of our time, Macklemore tries to use his status to do good and raise awareness about the world that we live in. Who knows, maybe he’ll rap about global warming and the environment next.