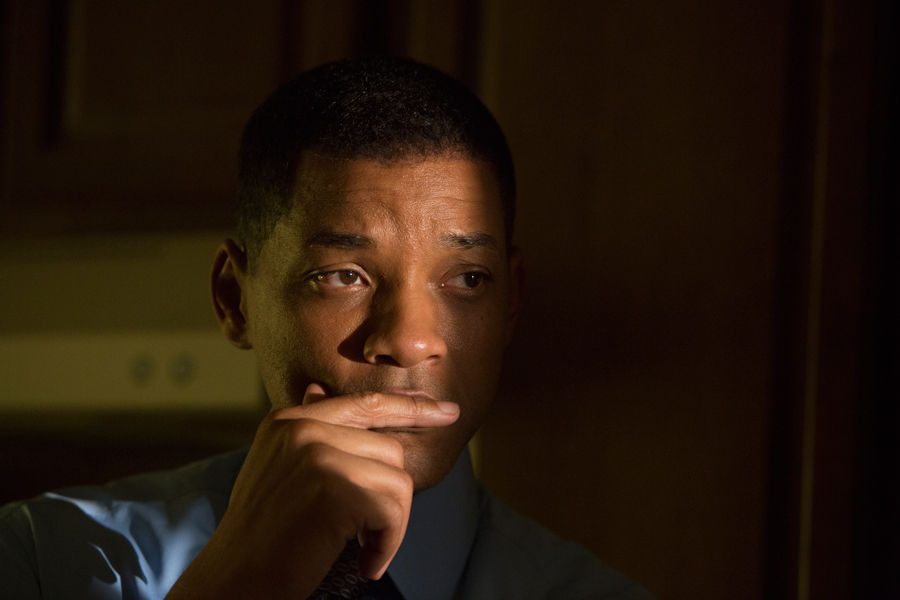 Will Smith stars as Dr. Bennet Omalu in 2015 film "Concussion."

If you went to the movies over Thanksgiving break, you most likely saw the preview for Will Smith’s soon-to-be-released film “Concussion.”

In this movie, Smith depicts the struggles of Nigerian forensic pathologist Bennet Omalu, who unwaveringly rages war against the National Football League (NFL) for attempting to suppressing his research on brain disorders from repetitive head collisions A.K.A. playing American football.

This movie is touching a delicate topic that the multi-billion dollar sports enterprise NFL is definitelynot too happy about. However, the actors, writers and producers knew exactly who they would have to deal with in making this movie, just as Omalu did in trying to publicize his research.

Ken Belson of The New York Times reported that leaked Sony e-mails prove the producers altered the script to serve as “a whistle-blower story, rather than a condemnation of football or the league.”

The director of the film is Peter Landesman, a former journalist, who was upset with the New York Times article and says they did no such thing.

“Anybody who sees this movie, the idea that we were soft on the NFL (is ridiculous). We’re not hard on the NFL and we’re not soft on the NFL; we’re truthful. The truth hits the NFL right between the eyes in this movie. There’s no punches pulled at all,” Landesman said in an article by Carly Mallenbaum of USA Today.

This is already turning into a lot of drama, and the movie has not even been released yet. Thus begs another question, what will be the NFL’s reaction and, more importantly, how will this movie affect the most watched sports league in the United States?

“Per a league source, owners spent significant time at their May 2015 meeting discussing how to deal with and respond to the movie Concussion, which has a planned release date of December 25,” reports Mike Florio of NBC Sports.

Finishing a year that has seen many unrelated deaths in several high school and college football players, it is likely this movie could add to parents’ fear of allowing their child to play football.

However, in the NFL’s defense, there are many jobs that pose some sort of bodily threat to overall health. Mine workers tend to have respiratory issues, while construction workers have bad knees or backs.

Repeated head trauma doesn’t logically sound like a healthy action, but these professional athletes choose to play a sport they love knowing – maybe not knowing the whole truth, but knowing none the less – that they are being paid to sacrifice their bodies on the gridiron.