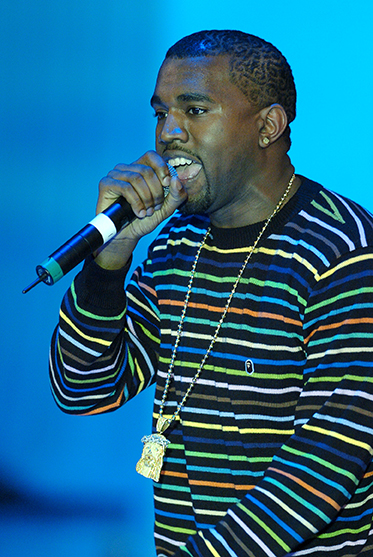 It’s not a true work by Kanye West if it doesn’t spark controversy.

The most talked about rapper of our time, West snagged a last-minute spot in New York Fashion Week (NYFW) with his second installment of Yeezy. Being an avid Yeezy admirer, I was surprised that I hadn’t learned about his new collection until hours after it had hit the runway. But after reading through numerous online articles covering the show, I was relieved to see that many were on the same boat — mostly due to the fact that it was not on the NYFW calendar.

Coverage on West’s show has been focused on his late arrival. Anne Bowen, a designer featured at NYFW said it was “unethical” of West to do this. However, this is not unlike West — he is known for paving his own path to be seen or heard (Taylor, I’m gonna let you finish …).

But my focus was his collection that was notably similar to last years. The monochrome scheme, the army of models lined up in uniform rows, it looked all too familiar. At first sight, I was disappointed, an emotion I’m not familiar associating with West. It was not until I watched a video of the fashion show that it clicked. And I felt foolish for not assuming this beforehand: West was making a statement.

There was little to no media covering this. Press photos are naturally of the models standing in the front, the ones who are white and blonde. It is near impossible to tell that there are black models at the other end of the model block.

For years, race has been an issue in the high fashion world. In 2013, Jezebel cited that 82.7 percent of NYFW models were white, leaving the remaining 17.3 percent as black, Asian, Latina and other. In 2014, the numbers came in more diverse — 78.7 percent white models and 21.3 percent other, but they are still skewed and not exclusive to just New York.

Around the world designers and models have been becoming more expressive about this issue. Last year, designer Rick Owens had a group of black dancers from different step teams showcase his collection in Paris while step dancing in an attempt to “reject conventional beauty, [and] create our own beauty.” This was one of my favorite fashion shows I’ve seen yet. It’s not seen as fashionable or chic, but it breaks convention — something I admire more than aesthetics. It brings forth issues people are afraid to talk about.

West’s show did just that. He interrupted the surreal, opulence of NYFW and kept it real. He showed exactly what the fashion world has to offer: a whitewashed culture concealing anything that strays from it.