Documentary investigates world of opinions on steroid use 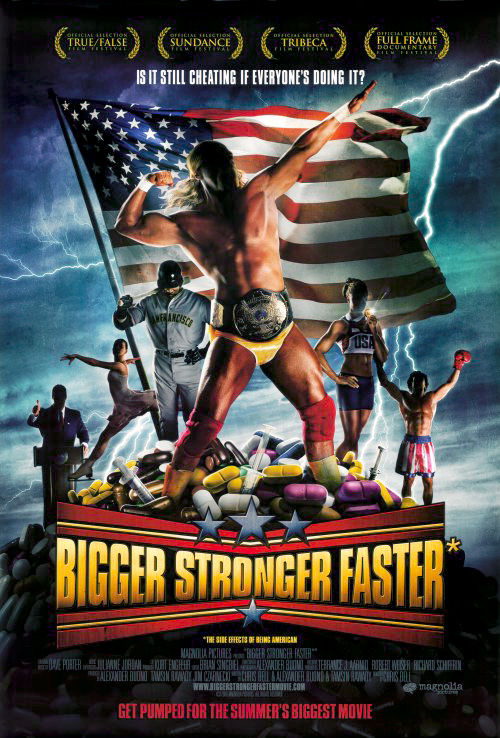 If you’re still reeling from the return of “Game of Thrones” or lack an HBO subscription, there are worse ways to pull you through the week than the documentary “Bigger, Stronger, Faster*.”

Currently streaming on Netflix and also available at Vulcan Video, this 2008 documentary tackles steroid use in an entertaining and informative manner. “Bigger, Stronger, Faster*” is director and writer Chris Bell’s first full-length documentary.

Bell takes viewers on a cross-country trip meeting with and discussing steroid use with proponents, opponents and medical experts who fall somewhere in between. Powerful interviews with the parent of a teen whose suicide is attributed to steroids and with Bell’s own steroid-using family members provide some of the film’s most compelling content.

The filmmaker harkens back to his youth watching Hulk Hogan and his subsequent moral dilemma as he wrestled with his own desire to become “ripped, tan and larger than life.”

While the use of steroids is the main focal point of this film, the broader picture is the influence American society plays in inspiring their use. The film is peppered with pop culture clips and advertisements which may play a role in promoting unrealistic ideals that lead to steroid culture.

This is the underlying theme that truly drives the film to be more than a pro/con debate. As Bell interviews individuals the recurring conversation, besides steroids, is what it is that drives people to push themselves into a lifestyle that brings with it a propensity for steroid use. Whether it was overcoming a physical limitation, trying to gain an edge in ultra-competitive sports, or just the pursuit of the ultimate physique, the question always becomes, “Why?”

Bell uses his camera to illuminate some facts about steroids, but more importantly, he brings viewers into a discussion that is often lost in what is usually presented as a black and white issue.

So if you’re in the market to fill some time, why not inform and entertain yourself while patiently awaiting your Sunday night dragon fix.