‘Cesar Chavez’ movie night elaborates on life of a leader 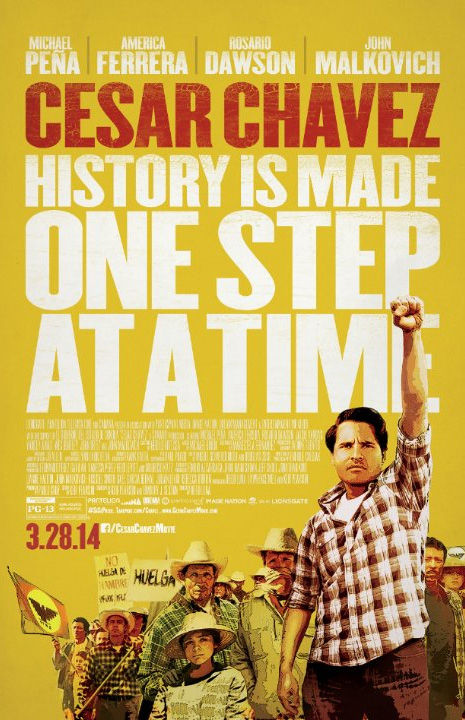 The 2014 film directed by Diego Luna focused on the life of Cesar Chavez.

Last week, the Multicultural Leadership Board hosted a movie night screening “Cesar Chavez,” the first of a series of events that took place in observation of Cesar Chavez Celebration Week.

Students spread out their picnic blankets the evening of March 23 on Holy Cross lawn and enjoyed complimentary popcorn while they watched the film.

As the title suggests, the 2014 film directed by Diego Luna focused on the life of Cesar Chavez, a civil rights activist who lobbied on behalf of farmworkers for better pay and working conditions.

The film portrayed Chavez as a simple man with huge ambitions. He saw the kind of poverty in which Mexican-American families lived and experienced the racism and social isolation that marked American culture in the ‘60s firsthand.

These experiences drove him to gather his family and move to California to rally support from workers in the field.

Throughout the film, Chavez pursues his goal vigorously, even at the expense of his personal relationships. While Chavez was great at gathering people, the film suggests, he was far from a perfect father, as he is seen frequently putting off advising his son in favor of “la causa.”

In turn, the struggle between son and father creates tension between Chavez and his wife, Helen, played by America Ferrera. Helen is shown dutifully supporting her husband throughout the film and even gets arrested at one point while rallying alongside her husband.

Despite his difficulty maintaining his household peace, Chavez proved to be a magnanimous figure, garnering support not only from farmworkers and their families, but Americans from all levels of income and education.

Chavez even rallied enough people to effectively boycott California wineries, forcing them to move overseas to England, where Chavez followed in protest.

While the film focuses on Chavez and his accomplishments, it also succeeds in telling the personal stories of thousands of voiceless immigrants and their struggle to make it in this country. It depicts the hardships that Mexican Americans faced in the ‘60s and presents Chavez and his organization as a symbol of hope that their situations would improve.

Even the film’s darkest moments are softened by the humor injected by Chavez’s comic attitude and willingness to continue when faced with adversity.

The film does not serve as a reminder that there is inequality in this country; rather, that strong leaders exist to counter it, and there is always a chance to improve.