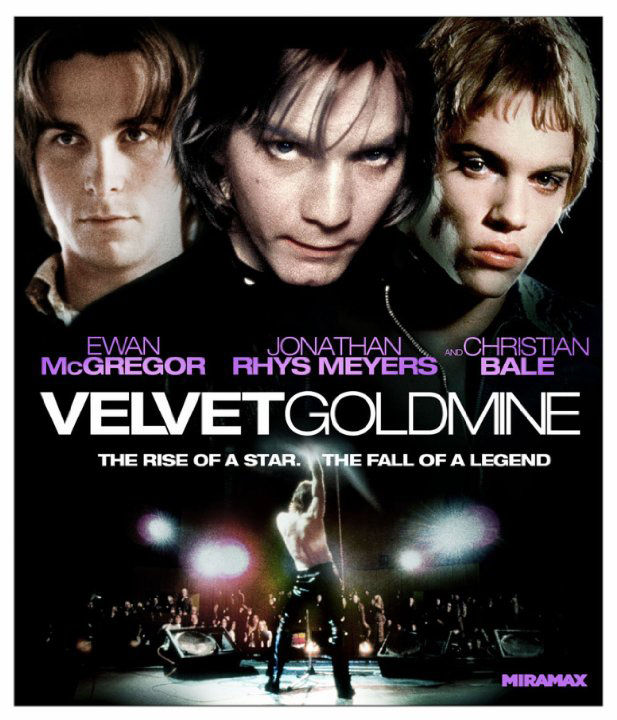 Slade becomes the center of attention after his mysterious onstage assassination shocks and disheartens his large cult following of sexually fluid and rebellious young adults.

Loosely based on the life of ‘70s rock darling David Bowie, “Velvet Goldmine” explores the powerful influence that music had on the unbridled revolution of sexual and cultural identity embraced by youth during the ‘70s in Britain and America.

“Velvet Goldmine” is told through a series of vignettes collected by British journalist Arthur Stuart in his personal and professional search for the meaning behind the virtual disappearance of his idol 10 years later.

The film allows the viewer an intimate impression of the life of a cultural icon and insight into a whole generation of artists and followers inspired by his celebrity.

Jonathan Rhys-Myers stars as Brian Slade while Ewan McGregor plays a character resembling Iggy Pop named Curt Wild. Christian Bale portrays Arthur Stuart, the journalist whose fragmented identity drives him to take an assignment that plunges him back into his troubled boyhood.

The soundtrack features an equally screen-worthy lineup with songs from hugely popular underground artists and acts like Brian Eno, Suede, and Radiohead’s frontman Thom Yorke, amongst others.

For Haynes, an American director born in 1961 in Los Angeles, “Velvet Goldmine” is not so different from his previous films.

Like “Goldmine,” his past works deal with themes of isolated youth and sexual identity. “Velvet Goldmine” was not his first or last attempt to pay tribute to an influential rock icon, having already directed a couple of music-inspired films including the 2007 biopic “I’m Not There” about the legendary Bob Dylan.

Although “Velvet Goldmine” did not achieve monetary success on its first arrival, nearly a decade later it would become an important cornerstone of indie film and a cult classic popular among young adults.