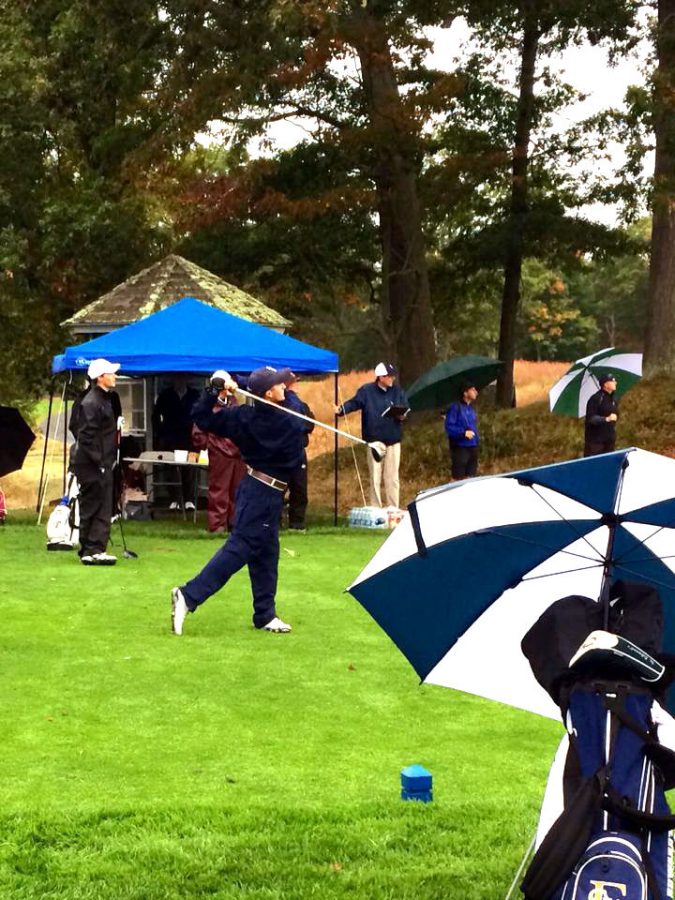 If this team can maintain composure, they can compete with some of the best schools in the nation, such as Barry University, Nova Southeastern, Western New Mexico and Cal State Monterrey Bay.

The St. Edward’s men’s golf team looks to build off of their performance at the rain-shortened MacDonald Cup at Yale University earlier this month, where they beat out seven Division I schools.

Expectations are high for the team as they head into the Dennis Rose Intercollegiate tournament in Waikoloa, Hawaii on Oct. 31, but Head Coach Todd Ohlmeyer feels there is plenty of room for improvement.

“As a team, we are still figuring out our strengths,” Ohlmeyer said. “Our young team will continue to improve as they continue to play in tournaments where there is a high level of play.”

As the Hilltopper’s experience grows, so will their confidence. Even though the men lost two of their best players from last season, this year’s squad has two new leaders that will try and fill the void.

“We have two really good players in senior Jose Hernandez and sophomore Dillon Van Essen,” Ohlmeyer said. “Jose was the Heartland Conference Player of the Year last season and is very durable, while Dillon was an All-American and is an emerging leader.”

With a team full of youth, the Hilltoppers hope to continue their growth and improve their results in tournaments.

However, in order to do so, the men need to remain focused, as their time on the course can take a mental toll.

“To be honest, golf may not be physically demanding, but is a very mentally draining sport,” Van Essen said. “So when I am not playing, I try to focus on other things so that I am fresh next time I go out and play.”

If this team can maintain composure, they can compete with some of the best schools in the nation, such as Barry University, Nova Southeastern, Western New Mexico and Cal State Monterrey Bay.

Ohlmeyer has helped simulate this level of competition for his team by creating practices that reflect tournaments.

“We hold a tournament style practice where people compete within our team to get the lowest score,” Ohlmeyer said.

With incoming freshman Andrew Liu and transfer Joey Hearn from the University of Colorado at Colorado Springs, the Hilltoppers feel they have the talent to improve off of last year’s appearance in the national tournament.

“I think that this year’s team can make it far into the national tournament, even win it all” avid golfer Jacob Boos said.

However, in order to achieve their goals as a team, they must first come together as one and focus on one tournament at a time.