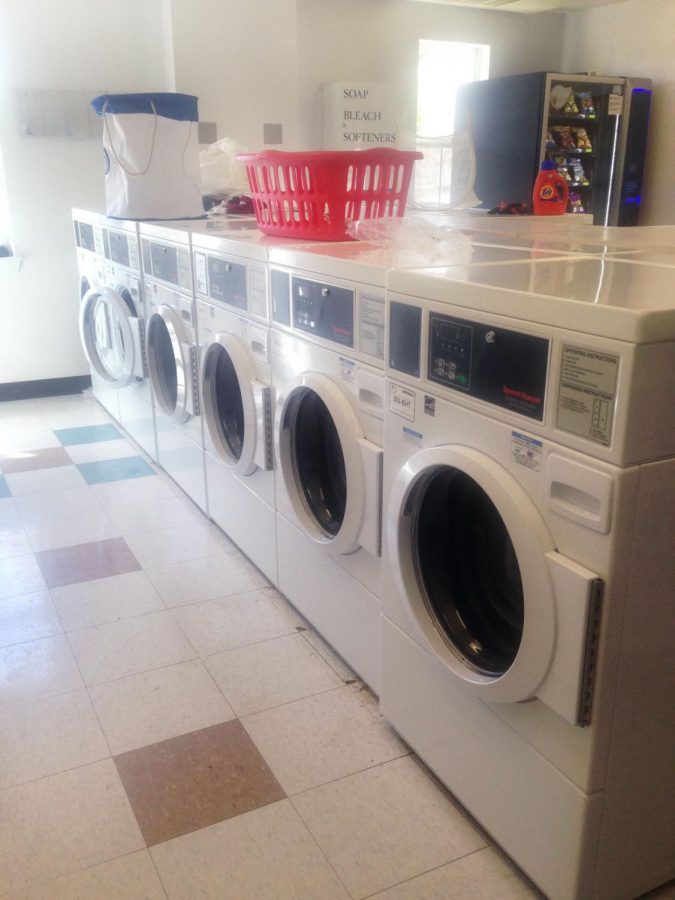 Students are pleased to see that St. Edward’s has finally introduced brand new washers and dryers. However, there are a few problems now that the service is free of charge.

With all the recent concern surrounding the issue of tuition and housing prices rising, St. Edward’s residents finally have something they can enjoy – free laundry.

As students moved into their dorms and apartments during move-in weekend, they soon discovered that they would no longer need to scavenge around for quarters in order to do a load of laundry.

According to Associate Director of Auxiliary Services Rebekah Nagy, St. Edward’s leases their laundry equipment from a third-party vendor, and the school then accounts for these lease fees in the annual budget.

Last semester, St. Edward’s was in negotiation due to the existing contract expiring. The new contract was finalized in the spring and the new equipment was installed during the summer to minimize disruption and disturbance to on-campus residents.

A lot of talk within the St. Edward’s community has been happening, with students wondering how the school has been able to fund new washers and dryers so that they’ll have the luxury of free laundry.

“The run-free program was an option offered to us as we were negotiating our contract with the equipment vendor, ASI Campus Laundry,” Nagy said. “The program was attractive in terms of ease of use, and we felt it would be an added benefit to our resident students.”

Nagy also believes the service will help to ease and lessen stress on students who, in the past, would struggle to do laundry if they did not have money on their Topper Tender card, or could not find quarters to insert into the machines.

“There are numerous benefits, but the most obvious would be that it simplifies things and makes doing laundry easier for students,” Nagy said. “Students no longer have to worry about a method of payment, and we’ve also eliminated the issue of coin-collector malfunctions and the need for refunds.”

On the other hand however, there are potential problems with having a free laundry service available. For example, a potential problem that Nagy considered was the issue of increased energy and water usage; but, it was anticipated that those increases will be offset by the increased efficiency of these new machines.

Students are pleased to see that St. Edward’s has finally introduced brand new washers and dryers. However, there are a few problems now that the service is free of charge.

“The line can get pretty long,” Sophomore Apartment Resident Jennifer Boudreau said. “I’ve already had to wait. I also went to do my laundry and a student was using up all four of the washers. Now it’s free, I can see people abusing and taking advantage of the machines.”