Skrillex veers away from his classic sound in new album 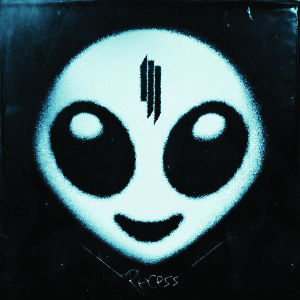 If you take a previously semi-known electronic music genre to the heights of mainstream awareness, what do you get? For dubstep poster boy Skrillex, there was stardom, sold out sets, six Grammys and the concentrated ire of some of the most dedicated haters ever spawned.

But that is bearable for most breakout artists, and life had to step up their evil circumstance machine to really stick it to him. They did it by having every money-minded artist cram his “Scary Monsters” era sound into the public ear until they preferred hearing an orphan’s teeth being drilled.

Skrillex had to relentlessly expand his boundaries to survive, and the result is his first true debut album, “Recess.”

We get a photobook of sorts documenting his travails, rocketing through the Jamaican dancehall chants of dance greats the Ragga Twins interlocked with his signature drops on the opening satire of  “All Is Fair in Love and Brostep,” hitting a spacey tropical vibe on “Ragga Bomb,” then zooming away again with Diplo on “Dirty Vibe,” where Korean rappers G-Dragon and CL curse like they just escaped parental custody.

Amazingly, Skrillex even goes for moments of calm untouched by wubs, with the chillwave of “Stranger” and the closing peace of “Fire Away”. Seems he finally got the concept of subtlety, and he sounds like a real composer on those tracks instead of the sonic freak show’s ringmaster.

Of course, a journey of self discovery can become rudderless in nothing flat, and Skrillex lost his compass at places like  “Ease My Mind,” which takes the Niki and the Dove song of the same name and puts it in the dubstep grinder. It is sort of a “Raise Your Weapon” type effort, but ends up breaking down a perfectly fine ballad. But the worst offender? “Doompy Poomp,” a cringe-inducing cartoonish beat plodding along like a brain damaged animal begging for euthanization.

It is a mixed bag, certainly, but the highs hit hard enough that the lows are forgivable. And if fans want to complain that this is not the Skrillex they got to know a few years back, they should remember that those are times they are not getting back, and it is partially their own fault.

Skrillex had to evolve or fall under the mob’s chant of “brostep,” and in “Recess,” he used the opportunity to find some cool new places to inhabit.