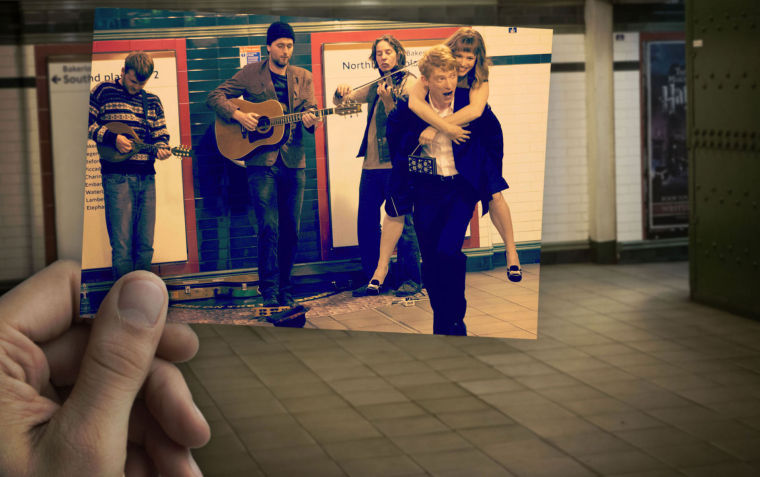 What would you do if you could relive any moment of your life and have a do-over? This is the central plot of “About Time,” but what makes Richard Curtis’s latest offering stand out is that it has a sentimental streak to it that is seldom seen in movies dealing with the use of time travel.

Tim Lake is the quintessential dorky Brit who is not named Stephen Merchant. He is awful with the opposite sex; so much so, that instead of doing the amazing things one might do if they had the chance to travel back in time, he uses it for romance.

Making a third appearance in a film where she plays the time-traveler’s significant other, Rachel McAdams does her damndest to pull off the “plain girl with the over-sized glasses and frumpy hair before, wait for it, she’s a gorgeous woman!” Seriously, screenwriters, stop it. We as an audience know she is a beautiful woman. There is no need to try to pull a fast one on us. I digress; she is a wonderful addition to the cast and, as the sole American character, fits in more naturally than, say, Laura Linney did in Curtis’s most well-known film, “Love Actually.”

Tim is a lawyer who is adjusting to moving from a coastal sea town to the hubbub of London. It was nice to see the more trivial aspects of his daily routine instead of dealing with the more fantastical elements of time travel. If you are looking for a cynical movie, this is not it. It is so sappy that it teeters on the edge of reality, where Tim literally has an opportunity to sleep with the summer fling that got away and realizes his mistake and immediately runs back home to propose to McAdams. If I did not buy their relationship, I might have laughed out loud.

The biggest problem with “About Time” is that it does not feel like a Richard Curtis movie. Artists evolve all the time and this has led to good (think Tarantino) or bad (Ridley Scott). But with Richard Curtis, you really want him to keep the hallmark of his films: large ensembles of famous Brits looking like they are having a good time. The only thing that carries over in this movie is the lone American and Bill Nighy, the show stealer. This is merely one small quibble with a movie that is so effortlessly charming and well-acted that for two hours, I truly believed Tim could travel in time.