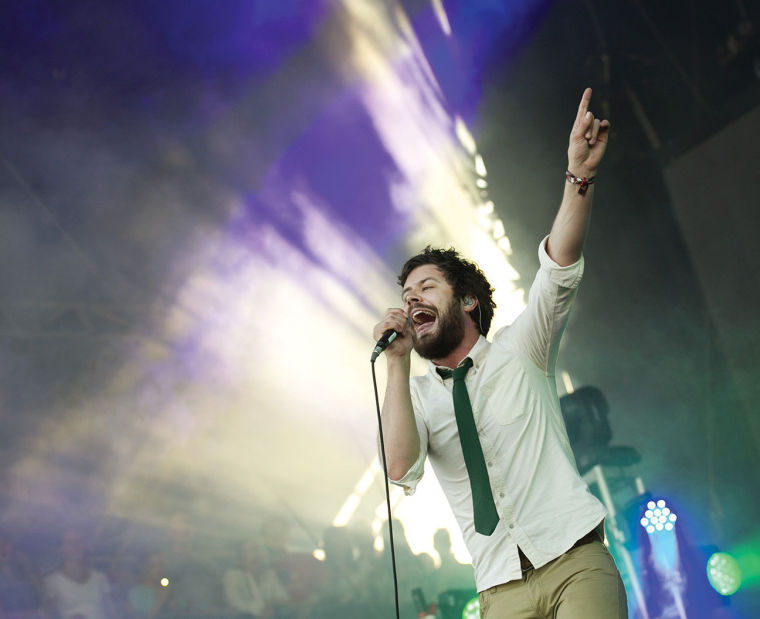 Going into Passion Pit, I was expecting a fun-filled concert that involved non-stop dancing and a color bomb of a light show. It did not disappoint.

As soon as the band came out and started their first song, the energy never stopped. Lead singer Michael Angelakos was hardly on the mic stand. He spent most of the hour running around on stage and at some points even lifted the mic stand into the air as he sang.

Me, not being the most dedicated Passion Pit fan, only knew a handful of their songs. When I am in a situation such as this with most bands, I find myself waiting for the songs I do know. Here, I could not care less. Every song they played made the people around me cheer, smile, dance and sing. The atmosphere was excellent.

Eventually, when he played their most popular song “Take A Walk,” the crowd went insane. I myself could not resist the urge to crowd surf, and when I came crashing down on an innocent female fan’s neck after about a minute of being airborne, she could not even stay mad at me.

Despite being around twilight, before the sun had completely gone down, the light show was still beautiful and added to the musical experience as a whole. If there were to be a downside of the concert, it would be that when the band played songs that involved the singer’s voice to be auto-tuned, he became harder to hear over the music because of the high pitch of his voice. But you could still make out the words, so all was well.

In conclusion, if Passion Pit were to come to Austin again, I would be the first to buy a ticket to their show.