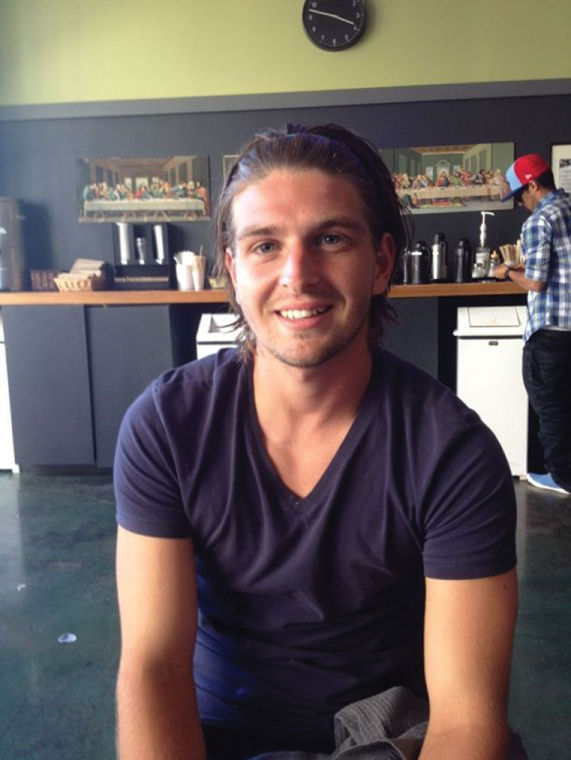 Most would think that a broken leg during your freshman year of collegiate soccer would result in a quick end to your career. But St. Edward’s University’s forward Daniel Riley took it in stride.

Scoring seven goals already this season, Riley is off to a phenomenal start as his target of 20 goals and All-American honors are well within his grasp.

“Awareness is the most important thing in soccer,” Riley said. “You have to know where your players are and where your opponents are.”

Daniel, who goes by Danny, came to the United States from the United Kingdom for the opportunity to not only play soccer, but also to receive a quality education.

“You can’t really do that in England,” Riley said. “You have to choose one or the other. That’s what’s so great about [St. Edward’s.]”

Riley comes from Bradford, a small town outside of Leeds. He said since he started playing soccer at the age of six, his father has always been his inspiration.

“My father, and his father before that, played soccer,” Riley said. “It is a tradition I was born into, and I wouldn’t want it any other way.”

Although he is miles away from home, Riley enjoys the weather and music scene of Austin. Most importantly, he is happy with his decision to join the St. Edward’s family.

“I love the people here,” Riley said. “It is more of a community than a school. Everyone is so friendly.”

His relationship with sports will by no means end after college. If a professional soccer career does not work out, Riley, a kinesiology major, hopes to become a soccer coach one day.

“Anything can be accomplished if you’re willing to put the work in,” Riley said. “I know it will be hard, but that is no reason not to try. Why not, right?”

This diehard determination is a key factor in Riley’s performances this season. If a broken leg could not stop him from returning to play the sport he loves, then it will take much more than an uphill battle to hold him back from his dreams of making a career out of soccer.