Speculation begins over the 2016 Presidential candidates 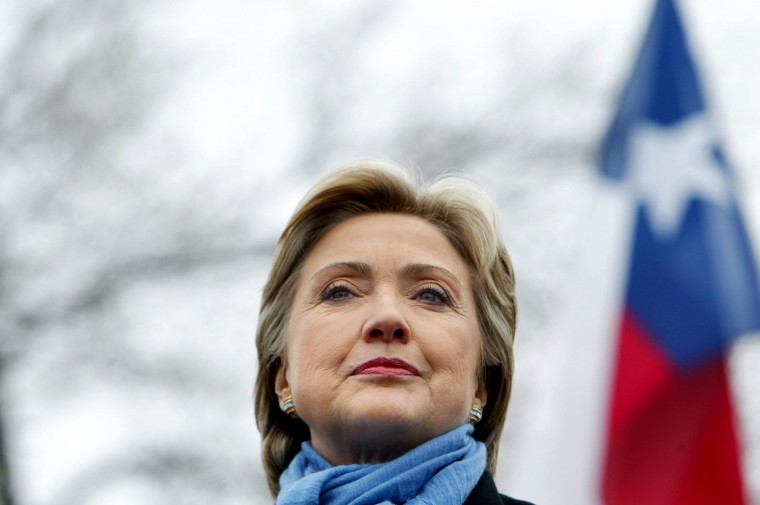 Hillary Rodham Clinton speaks at a rally at the Bank Towers parking lot in Dallas, Texas on February 20, 2008.

The 2012 election may have just ended, but it is not too early to begin speculating on who might run for President in 2016.

Depending on the outcome of the next four years under President Barack Obama, both major parties will have a chance at winning the White House.

If the next four years do not prove successful for Obama, the Republicans will mostly likely gain influence, but it will also hinge on the party’s candidate for president.

One person who has emerged as a leader of the GOP is Louisiana Governor Bobby Jindal. Since former Governor Mitt Romney lost the election, Jindal has distanced himself from Romney.

Jindal would help his party’s image with minorities because he is a minority himself. When he was elected governor, Jindal became the first Indian American to become governor in the country.

Another potential Republican presidential hopeful is Senator Marco Rubio of Florida. It seems like Rubio may be making moves towards a campaign because of a recent visit to an Iowa Republican Fundraiser. Iowa is the first caucus of the presidential nomination process, and could potentially give the winner’s campaign a major boost.

These are only two potential Republican presidential hopefuls with many others such as Governor Susana Martinez of New Mexico and Governor Nikki Haley of South Carolina possibly eyeing a run for the White House in 2016.

While the Republicans can start their presidential nomination process anytime they want, the Democrats cannot because of one person — Secretary of State Hillary Clinton.

If Clinton makes another run for the White House she will be one of the most qualified candidates in history with her education from Wellesley College and Yale Law, experience as a lawyer, first lady, United States Senator, and her current position as Secretary of State.

According to a survey from Public Policy Polling, Clinton would crush any other Democratic presidential candidates, including Vice President Joe Biden, with a whopping 61 percent in Florida; Biden came in second with 14 percent.

Clinton has become very popular this year with high approval ratings, and even a hilarious internet meme called “Texts from Hillary.”

Possibly the most alluring aspect of another presidential run for Clinton would be the Obama Coalition made up of Latinos, Asians, African Americans and the youth.

These groups are why the President won his reelection bid, and could be why Hillary might run again. The Obama Coalition would be Clinton’s for the taking, and would deliver the Democrats the White House again in 2016.

There are four years until America decides who will be its next Commander-in-Chief, and a lot can happen during that time. Regardless of who ultimately ends up being both parties’ respective nominees for president, expect a woman on the Democrats’ ticket and a minority on the Republicans’ ticket.