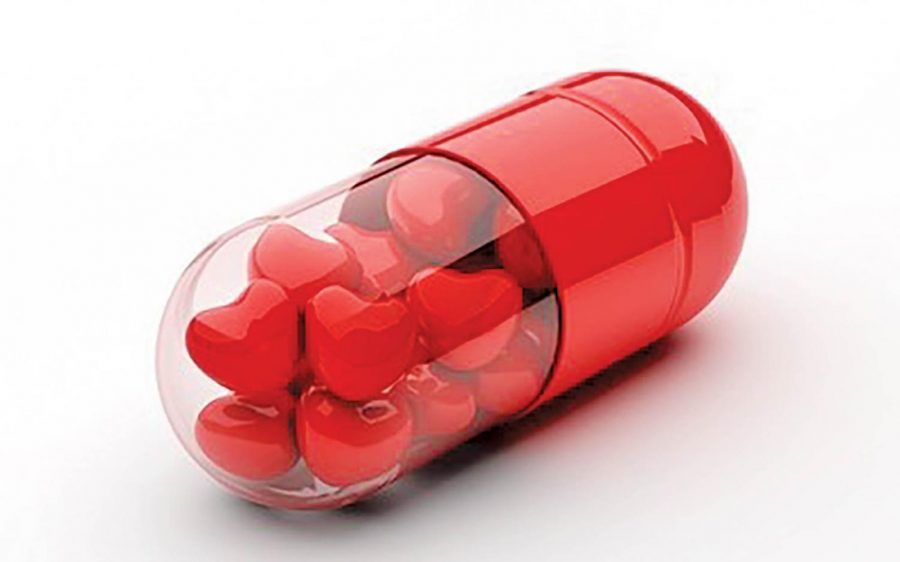 According to NRF, total spending this Valentine’s Day is expected to be $20.7 billion.

Whether or not you choose to involve yourself in the holiday, Valentine’s Day has an effect on the vast majority of people. The effects this holiday can have come in many different forms, which include changes in mood and self-esteem. Valentine’s Day can also create a huge dent in your bank account. No matter how this day affects you, we are all forced to accept the glittery heart-shaped decor and the public displays of affection. It’s not something that people can easily avoid. Why is that?

Valentine’s Day should be a day dedicated to love. Instead, it is a day dedicated to capitalism. According to the National Retail Federation (NRF), men spend an average of $229.94, while women spend about $97.77. People’s hard-earned cash is being spent on an endless amount of flower bouquets, lint-covered teddy bears and chocolates that will soon spoil. People are only willing to spend such outrageous amounts in order to maintain their relationship security.

According to NRF’s 2019 Valentine’s Day poll, 25% of people plan to give a present and 40% plan to receive one. This holiday has turned into a competition to see who can spend more, and it’s clearly becoming old news to many. This creates insecurity in relationships when one partner can’t spend or doesn’t receive as much as they would have wanted.

Companies know this and prey on it. Marketing teams start advertising their Valentine’s Day products weeks in advance, which brings us to another problem Valentine’s Day brings: non-inclusivity. Most products on the shelves are gendered and assume that everyone who celebrates this holiday is in a heteronormative relationship. Companies who aren’t inclusive feed into gender roles that only increase insecurity in relationships. Those who identify as men and women are told they must act a certain way, while those who aren’t as binary are completely disregarded. This narrow view of love is only further contributing to the holiday’s demise.

Valentine’s Day wasn’t always a marketing scam created to suck out the money from underneath your feet. The holiday stems from a pagan festival, Lupercalia. Unlike Valentine’s Day, however, Lupercalia was a violently sexual celebration that was comprised of sacrificing an animal to increase a women’s fertility. Maybe Valentine’s Day didn’t fall too far from the Lupercalia tree, considering the deep gender roles instilled in both holidays.

Contrary to popular belief, Valentine’s Day shouldn’t be solely confined to romantic relationships. Other relationships should be celebrated, including the ones you have with family, friends and most importantly, yourself. It’s easy to get caught up in a rom-com state of mind, but people should remember to appreciate those already surrounding them. Schedule in a movie with friends, dinner with your parents and make sure to have some time at the end of the day for yourself, too.

Valentine’s Day should celebrate all kinds of love, and it’s time capitalism doesn’t get a say. Stop spending on pointless knick-knacks and start investing in healthy relationships instead. The holiday wasn’t originally created as a capitalist construct so make the day about what you truly care about.