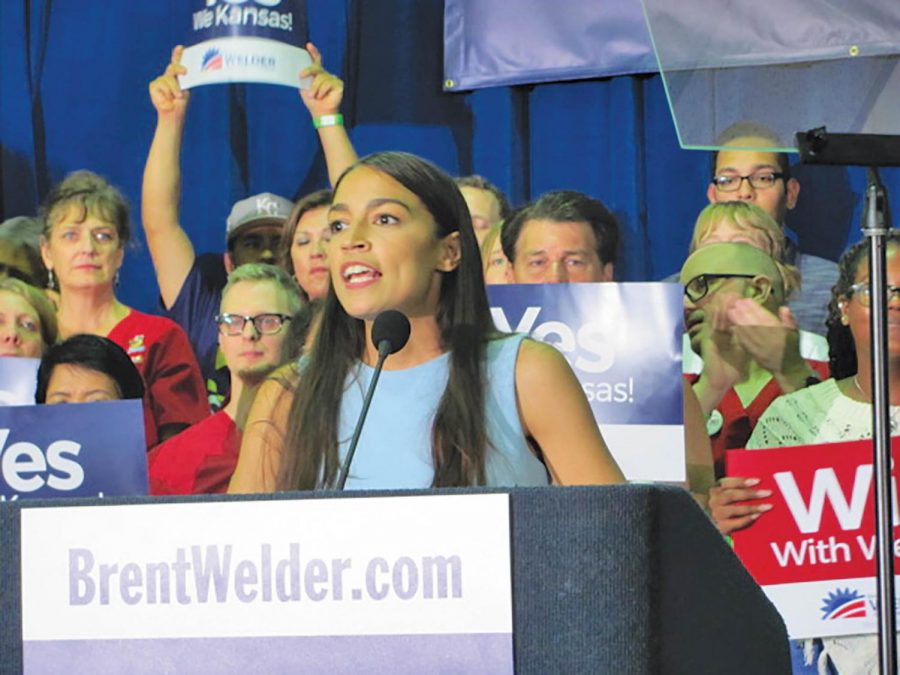 As a first-generation American whose parents immigrated from a country with a historically large rural population- my experiences visiting their homeland, Pakistan, as a child provided vivid insight of the towering consumption patterns that exist in the developed world compared to what those with lower living standards exhaust today. The energy and waste produced by an individual in the developed world leaves a tremendously larger ecological impact even though those who are poor consume less and produce the least amount of energy in the first place. At this time, if everyone in the world were to consume as much as that of the U.S, we would need four earth’s to supply that amount of land, ecosystem services, and energy reserves.

Even though the Green New Deal faces vast support overall from the Democratic party, there is still heavy debate between Democrats underlining the vision this deal would take on if Democrats are able to take on the platform beyond the 2020 election. Whether or not the 2020 elections shift in favor of a Democratic agenda, young people like myself wanting to see environmental issues addressed at a federal level ind both parties at a pivotal standstill that, could hinder progress for sustainable initiatives in the United States as long as the heart of the what the Green New Deal shall be remain a point of conjecture.

Ideally, on its largest scale, the Green New Deal encompasses an almost complete transformation in energy infrastructure and a total switch to renewable energy by 2030 in the U.S., while also impacting tax increases on the wealthy. However, the intensity with which the most fundamental version of the Green New Deal is intended to transform the U.S. economy has raised concerns by many Democrats who feel such radical ideas may shift Democrats away from more centrist policies. Republicans believe that the leftward push on climate change would result in the further isolation of Democrats from certain places in America where right-wing policies hold most influence. A clear pattern is that simply being a democrat or republican doesn’t promise that every policy created by either party will be given full support from every affiliated senator.

Addressing issues leading back to anthropogenic environmental damage has become an even greater topic of discussion in the American political sphere since the release of the 2018 Intergovernmental Panel on Climate Change Report. Based on this report, the international scientific community has made it clear that, on a global level, climate change is accelerating at an even faster rate than previously expected and the evidence of the 700-page report pulls no punches. The IPCC officially estimates we have little more than 12 years to transform the world’s current global energy infrastructure to limit global warming and ensure a more sustainable planet for ourselves and future generations. This raises profound concern among those of my generation of youth and students alike who will be joining the workforce in just a few years- will we become bound by the inheritance of a warming world wrought with increased environmental crises and inequality beget by the inaction of world leaders today?

It is clear now more than ever that staying below a 1.5 C increase in warming necessitates slashing global greenhouse gas emissions below 2010 levels by at least 45% by 2030 and based on current global CO2 emissions, our current warming trajectory is reaching well beyond 1.5 C and more towards 2.0 C. Currently, the U.S. is the largest consumer of energy per capita in the world. While China is well-known as the largest greenhouse gas contributor, there is no country compared to the U.S. which projects the highest energy output per individual.

Even though there is currently little chance that the Republican party will take interest in supporting measures to address climate change, supporters of the Green New Deal hope the early ideas and legislation of the deal will light the path for fully developed policies ready to be implemented that Democrats can act on if they win the 2020 presidential election.

The Green New Deal is one of the most radical and comprehensive plans ever developed to address climate change within the United States government. As the 2020 election heats up and smart government intervention for environmental issues takes front stage in the political and economic debate in the U.S, the Democratic party finds itself in a crucial position for tackling environmental policy in the U.S.- one that will first require mapping out exactly what the Green New Deal will entail.