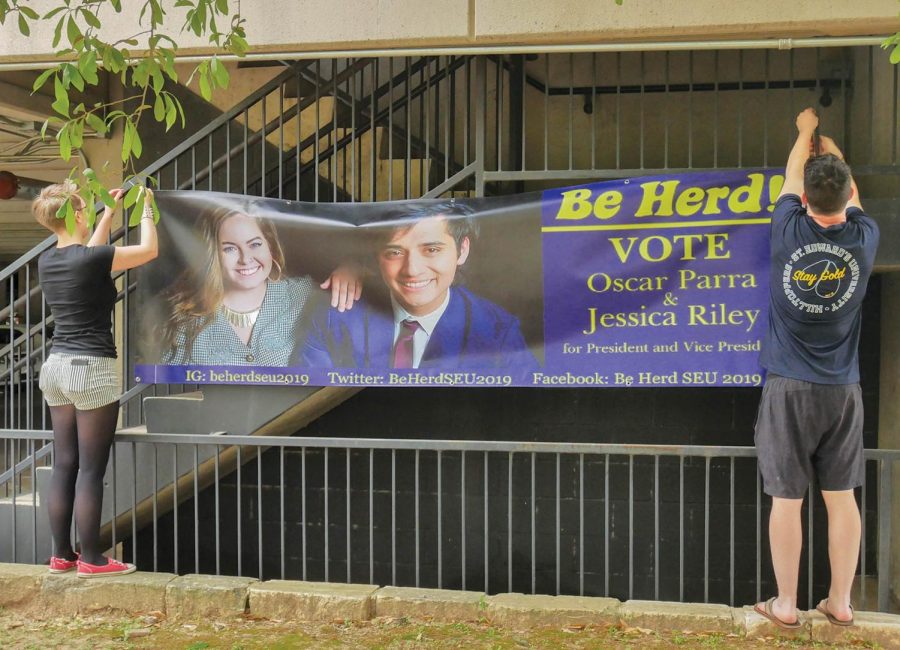 Part of St. Edward’s University’s mission is to confront the critical issues of society and to seek justice. Students are encouraged to participate in and be the voice of the local community in a variety of ways to fulfill this part of our mission.

Many students choose to get involved with student organizations, however, the link between the issues that face the student body and the authorities that can change those issues is lacking in communication.

The SGA election season, one way that students can start get involved politically, has officially started. There are currently seven candidates running for senate and two presidential/vice presidential tickets.

The relationship between government entities and the people they represent relies on the communication between the two. Here on campus, both presidential tickets have emphasized their focus on community engagement.

“Reaching out to parts of the community that aren’t associated with SGA is one of the most important things that we should be doing because those are the people we should be listening to,” Riley said. “There are a lot of people and organizations that dont know that SGA exists or represents them in the way that we do.”

There is a suggestion form that students can use to contact the senators of SGA, although not many people know that this form is available. Both president/vice president candidates have placed improving communication as a priority in their platforms.

“Community is the center of all things. The privilege of going to a small school to be able to cultivate a community that is so united is so awesome,” Castanon said. “SGA wants to take advantage of that and make sure we use all of our resources, communicating to students as much as possible.”

With the 2020 national elections fast approaching, it is important to remind students they have an opportunity to contribute to the politics that run our country.

Contacting representatives is not as difficult as people may think. The United States House of Representatives has a tool on their website that allows you to find your representative based on your zip code. Much like the SGA suggestion form here on campus, these resources are not widely used.

“Over the years, SGA has been trying to do a lot. We’ve been trying to tackle different issues and do so many things within the organization, but the student body doesn’t know about it, so what is the point if [nobody] knows [they] can come to us for resources?” Rios said.

Communication is important in all relationships, especially the one between community leaders and the community they represent.