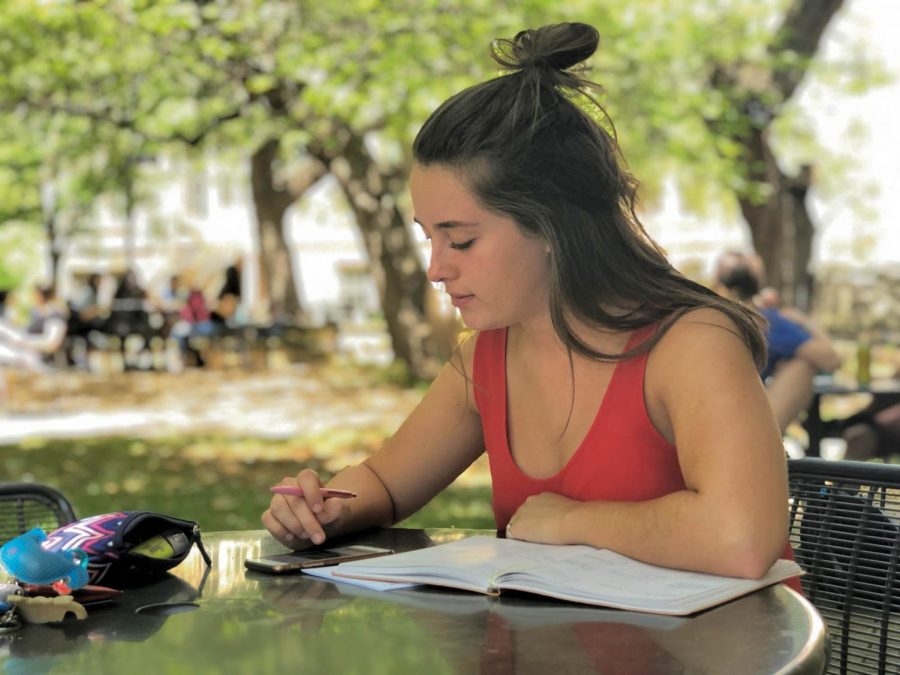 With the vast number of social media platforms, the way we communicate and build relationships has changed the way we live.

The way society has developed and maintained relationships has completely evolved with the rise of social media. Friendships are now being built through direct messages and tags, so it is no surprise that constantly checking social media is as standard as brushing your teeth every morning. With so many platforms to participate in, it has become the norm for businesses and schools to also include a social media aspect into their organizations.

Instagram, Snapchat and Twitter being the platforms of choice for most, it is hard to imagine how we would communicate with friends and family without these channels. Sophomore at St. Edward’s Maria Gray acknowledges her current reliance on the platforms but expects it to decrease as time goes by.

“Social media is definitely a part of my everyday routine. I rely on it pretty heavily in terms of texting my friends. I use it a lot for school and it is also a big part of where I work,” Gray said. “However, I see it diminishing. I recently deleted a few of my social media accounts, including Snapchat, so I think, overall, it’s probably going to diminish overtime.”

Communication is a crucial ingredient in any relationship, so social media looks to facilitate this by presenting a fast and convenient way to not only create but strengthen relationships. A Texas native Gray highlights the positives that the channels have afforded her by mentioning the impact it’s had on her relationship with her family.

“Social media has influenced my friendships in the sense that I am able to keep in contact with people that are farther away from me or that I can’t see on a day-to-day basis. I also have family in Mexico so being able to reach out to them through social media is really important to me.”

Friendships differ from person-to-person, each one being built on different values, characteristics and dynamics. However, for Gray, a key component for a prosperous friendship is frequent in-person interactions. As only an Instagram user and not relying on it to be her main source of communication, she states some flaws that she feels social media has brought on.

“Negatives would be not interacting face to face as much anymore with people that are close to you, I think social media has taken away a lot of that personal interaction. I would rather have an in person conversation than do it through social media but if I did have to use a platform I would choose Instagram.”

Social media is part of our culture and most relationships. As a result of both younger and older generations also tapping into the technology it’s societal presence seems to be continuously increasing.

Although involvement on the apps varies, it is common practice for most to belong to at least one platform. With the ability to discover, generate and nurture new and old friendships social media’s role in our lives, it doesn’t seem to be on the decline. We have the power to access friends, family and loved ones right at our fingertips and that is something that we need to use responsibly.