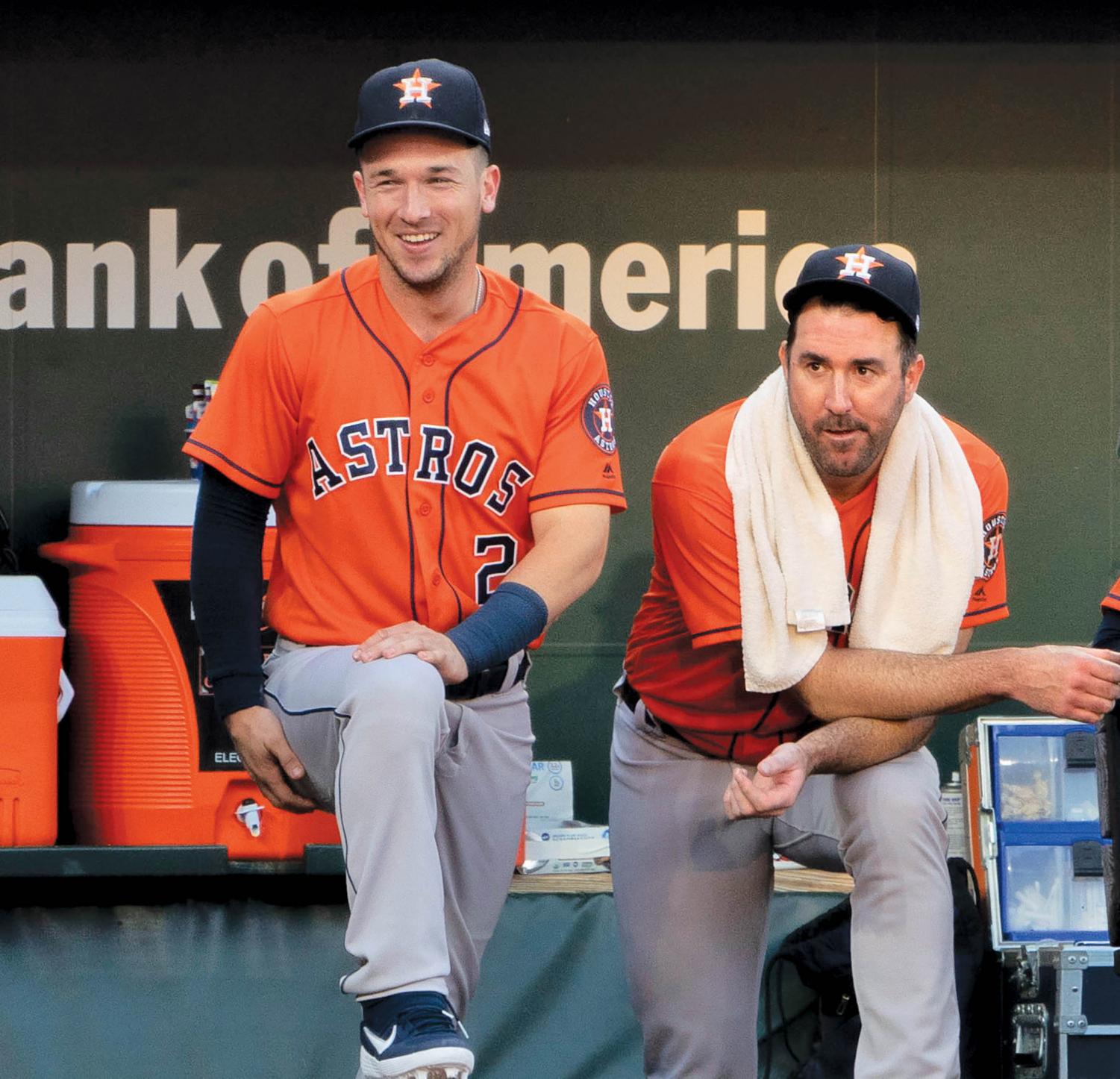 With his consistent pitching, Justin Verlander and the Houston Astros are preparing to make a deep playoff run. (Courtesy of KA Sports Photos and Creative Commons.)

With his consistent pitching, Justin Verlander and the Houston Astros are preparing to make a deep playoff run.

Astros can win it all with star-studded sluggers, elite pitching 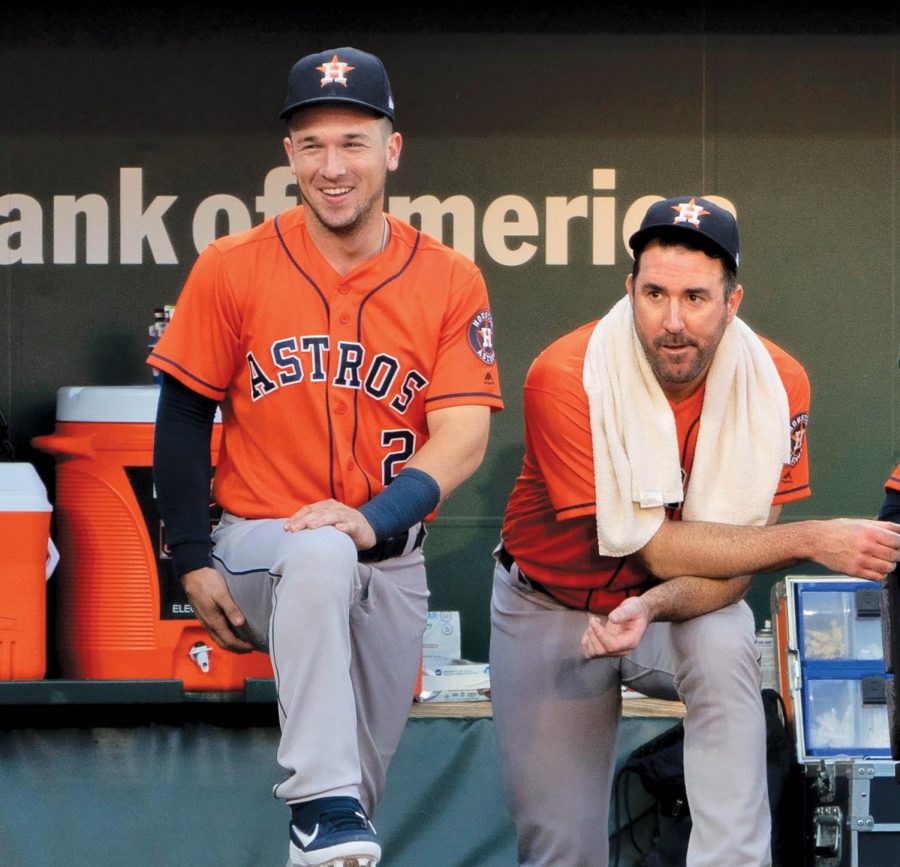 With his consistent pitching, Justin Verlander and the Houston Astros are preparing to make a deep playoff run.

Quite frankly, I don’t even think that the Yankees are the biggest threat to the Astros quest to win another championship — that team would be the Oakland Athletics. Don’t get me wrong, the Yankees are a great team. You don’t get the second-best record in the American League without being a great team. However, in a potential matchup, the Yankees don’t scare me as much as the Red Sox did going into last year’s American League Championship Series.

I’m not sure if my confidence stems from the incredible pitching prowess the Astros have shown all season, or that the offense has proven its ability to keep up with the best units in the league. All I know is that a meeting between the Astros and the Yankees in the playoffs is going to end only one way. I see a series between these two going in the Astros way in no more than six games.

The first three pitchers taking the mound in games one, two and three are likely to be James Paxton, Luis Severino and Masahiro Tanaka going up against the two frontrunners for the Cy Young Award, Justin Verlander and Gerrit Cole, followed by future Hall of Famer Zack Greinke.

Of those three starters for the Yankees, the team would have the best chance with James Paxton on the mound, who was a thorn in the Astros side when he still played in Seattle. However, Paxton would have to pitch out of his mind against Justin Verlander. It would end up being very tough for the Yankees to pull out more than one win in those first three games.

Both of these teams have had phenomenal years, with the Yankees leading the league with 305 home runs hit this season and the Astros having one of the most dominant rotations in recent memory. The Astros simply seem to have it all. The lineup can hit from top to bottom, and there are no holes in the defense.

Houston currently has four batters with 30 or more home runs this season, including MVP candidate Alex Bregman, who has belted 41 at the time of this writing. Beyond the strong starting pitching, the Astros also have great relievers in Will Harris, Ryan Pressly and Joe Smith, along with closer Roberto Osuna.

Should the Astros win the pennant and go on to win the World Series again, there is absolutely no reason for the Yankees to feel ashamed. The Astros happen to have one of the best all-around units in MLB history, with the Cy Young Award and the AL Rookie of the Year all but in the bag.

Factor in that the Astros could potentially have an MVP on their hands in Alex Bregman, and the ‘Stros look like they could be the first team to sweep all three awards in one season. The Yankees aren’t a bad team, they’re just unlucky. They just so happen to exist at the same time as these astonishing Astros.

Start spreading the news: The savages are prepared for postseason 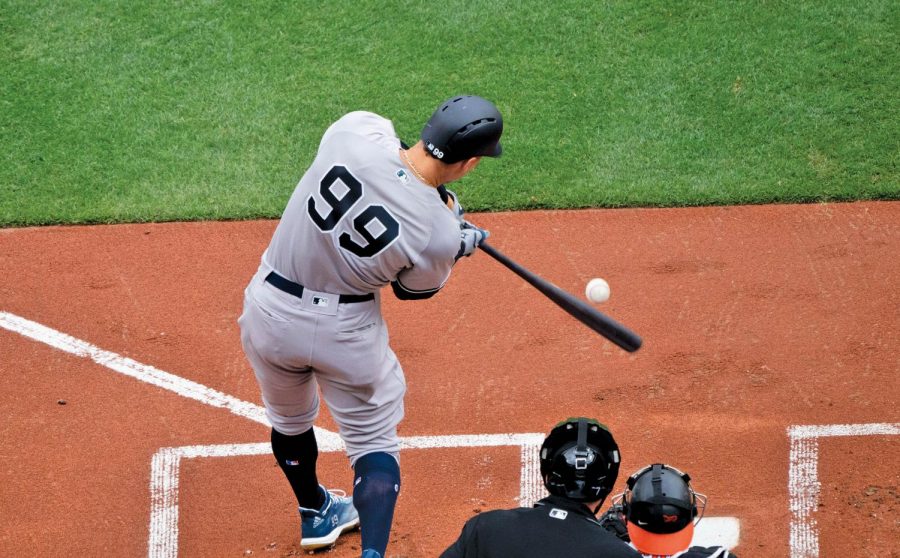 Aaron Judge and the New York Yankees will host the Minnesota Twins in the first round of the MLB Postseason this Friday evening.

The 2019 season for the New York Yankees has been bittersweet. The Yankees have sent 30 different players to the injured list — shattering a record held by the 2016 Dodgers who sent 28 players to the injured list. For most teams, this would have spelled immediate disaster and a lost season, but not for the Yankees. They have embraced adversity, forged well as a unit, and most importantly adopted the “Savages” mentality during their quest for their 28th World Series.

On July 18, manager Aaron Boone was ejected from a game for arguing balls and strikes. A sound bite from his confrontation with the home plate umpire reveals Boone yelling, “My guys are savages in the [batter’s] box.”

The next day, Yankees position players were wearing t-shirts that read “Savages” on the front. Even pitchers, who by rule don’t hit in the American League, started wearing the t-shirt in support of their manager and the new unofficial mantra for the Yankees.

Not to mention, their pitching has also greatly improved. Left-handed pitcher James Paxon is 10-0 with a 2.25 ERA, averaging more than a strikeout per inning while limiting opponents to a .167 batting average since Aug. 2.

Led by their offense, the Yankees are nearly unbeatable at home, tallying 57 wins to a meager 24 losses. Yes, the Yankees can also take their savagery on the road, racking up 46 wins; tied for the fourth best road record in the MLB.

Yet, for many Yankee players, it is the steady hand of manager Aaron Boone that has kept the team together through injuries.

“Very calm. Never panics. Always a calm demeanor. Stays positive,” Paxton said. “If we have a rough stretch here and there, he has encouraging words. He’s been fantastic.”

The Bronx Bombers’ first playoff opponent is the Minnesota Twins, the team with the second best offense in the MLB. The Yankees took the regular season head-to-head matchup 4-2. Historically, the Twins have lost 13 straight playoff games overall, and 10 of those have come at the hands of the Yankees.

Starting catcher Gary Sanchez and designated hitter Edwin Encarnacion are scheduled to return against the Twins. Sanchez, who was an All-Star this season, is nursing a groin injury. He has slugged 34 home runs this season and helps control potential base stealers with his strong arm behind home plate.

Encarnacion, a mid-season acquisition from the Seattle Mariners, has added 13 home runs of his own. He is returning from a strained left oblique, which he suffered on Sept. 12.

If the Yankees defeat the Twins in the Divisional Series, it will more than likely set up a 2017 American League Championship Series rematch with the Astros.

“The last two seasons, we got booted from the playoffs earlier than we expected,” outfielder Aaron Judge said. “We don’t forget. We’re just ready to continue this grind.”

With their new identity, the Yankees or “The Savages” are here to stay.