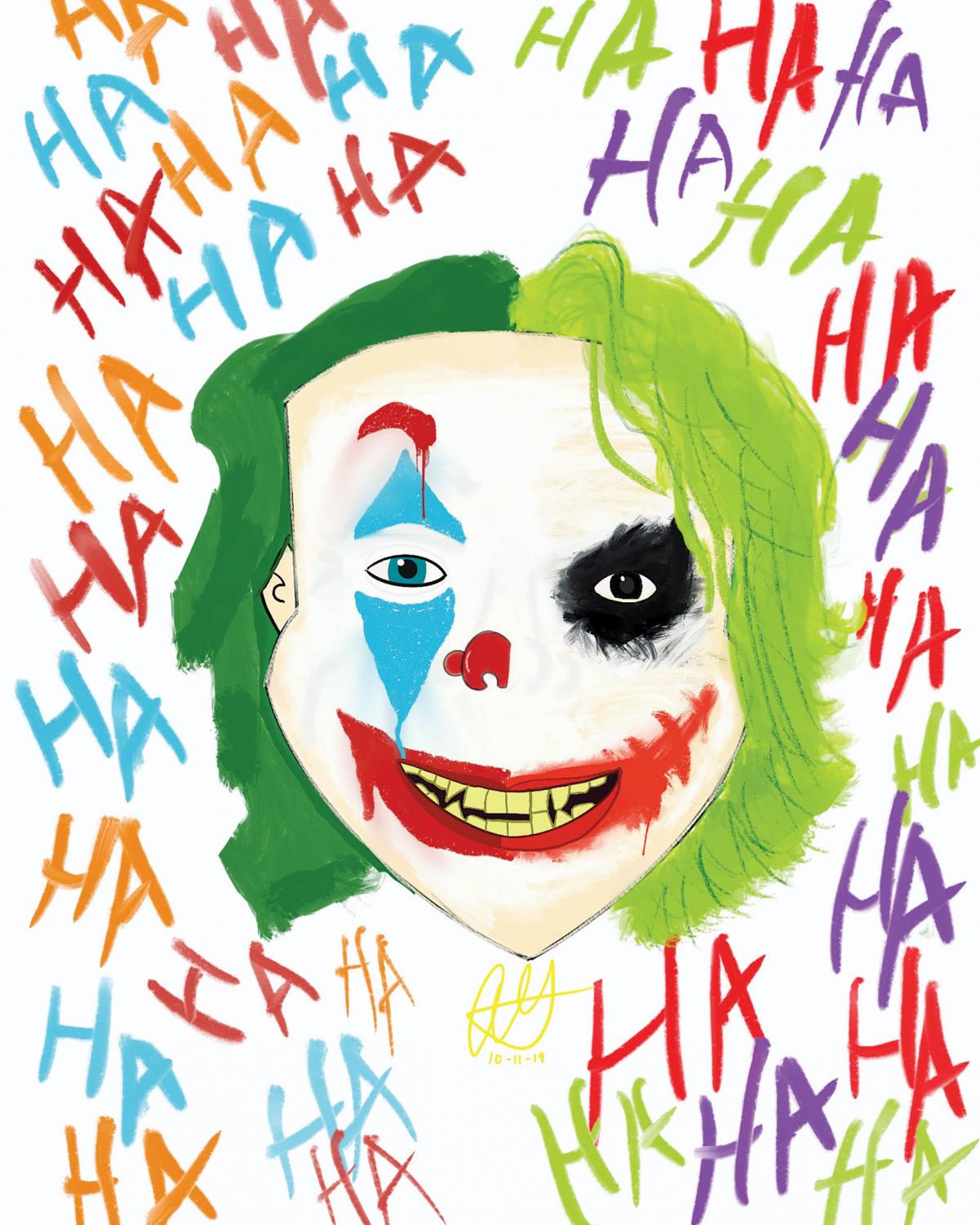 FACEOFF: Which is the best on-screen portrayal of the Joker?

Last week, “Joker” premiered to a $96 million dollar domestic box office and added an additional $55 million the following weekend. I also reviewed the film and claimed that Joaquin Phoenix’s Joker is a better portrayal then Heath Ledger’s performance in “Batman: The Dark Knight.” I stand by my statement and here is why:

Phoenix has a much more physical performance. While Phoenix uses his whole body, Ledger’s performance can only be appreciated from the neck up. His facial expressions are amazing and bring you into the and the face but other than that there is nothing to the performance physically. Phoenix also has a more spot-on laugh when you think of Joker.

There is also a weird swagger that Phoenix has in his portrayal. Ledger has this comfortability in his roll but no swagger. Phoenix’s swagger comes from his confidence that luck always goes his way or things going according to plan. Phoenix reaches that swagger because he is not focused on the philosophy of Joker. He walks in the end like everything is going according to plan. Ledger’s Joker becomes a vehicle and the embodiment for the philosophy in The Dark Knight, a pawn played by Christopher Nolan throughout the film.

Phoenix also takes this, “it only takes one day for someone to turn out like me,” into the story. It’s about how he became the model for the philosophy that Ledger is trying to experiment on with the citizens of Gotham. Phoenix is not a vehicle of philosophy like Ledger. He is the creator waiting to test his theory. The beginnings of what Ledger ultimately becomes.

Ledger is only as good as the person playing Batman. Ledger’s Joker is constantly referred to as the other side of the coin in the movie. The performance that Ledger gives in The Dark Knight could not be replicated in a stand-alone film. Phoenix’s Joker can move into a film that includes Batman. They are not two sides of the same coin. They are worthy adversaries that can compete head to toe.

Phoenix gives an all-around better performance that incorporates a lot from the past portrayals of the character, improving on what has come before him. At the end of the day, I want someone who is going to do something different and fresh with a character than see the same things re-hashed again and again. Phoenix’s physicality allows for the return of swagger into the character and separation from Batman makes for a much better performance than Ledger. And I dare anyone to try and change my mind.

With Joaquin Phoenix’s unbelievably captivating portrayal of the Joker, it’s easy for recency bias to lean towards his performance as the most compelling rendition of the iconic Batman foe. And although Phoenix completely conquered his twisted take on the villain, it’s still the late Heath Ledger’s legendary portrayal of the Joker that is still the best on-screen depiction of the character that will always resonate with audiences for generations to come.

Though it’s not necessarily fair to compare their individual performances, considering Ledger’s Joker was the main antagonist of a film while Phoenix had an entire film devoted to developing his character, you can’t help but see how these two iconic takes on the character ultimately stack up against each other.

Ledger’s posthumous Oscar-winning performance in “The Dark Knight” set the standard for not only a captivating comic book villain but for all cinematic antagonists to follow. His grueling, psychotic and realistic take made for a compelling mystery throughout the film as he significantly stole every scene he was in. From the film’s initial bank robbery scene to his many maniacal monologues, Ledger kept audiences at the edge of their seats from start to finish as his ambiguous nature offered absolutely zero predictability.

The Dark Knight’s Joker considered himself an “Agent of Chaos” and only wanted to see society burn for the sake of personal pleasure. Ledger’s portrayal wasn’t motivated by money, power or fame, like the typical villain tropes. He was more compelled with manipulating Batman to break his own “no-kill” rule just to psychologically torture the hero and go against his own morals. Ledger’s lack of empathy and passion for monstrosity easily surpasses any other portrayal of the Joker by a longshot.

And although Phoenix’s Joker wasn’t inspired by greed either, he was not nearly as purposefully menacing as Ledger’s Joker. Ledger was a weapon extraordinaire with a menacing mind that kept Batman on his heels. Unlike Phoenix, whose downward descent to madness was more so a consequence of a ruthless society rather than personal hate. The murders, the riots, and the chaos weren’t strategically plotted, the misfortune more so accumulated overtime and led him to accept the Joker as his true identity.

Ledger’s intention for violence along with the mannerisms made for an unforgettable character,  that left audiences craving more from the Clown Prince of Crime.

While Phoenix’s character was much darker, creepier and ultimately seen as a savior among his ruthless following, Ledger’s insanity and destructive nature makes for some of the most chilling moments in the superhero movie genre while paying homage to one of the most recognizable pop-culture characters in the world that asks, “Why so serious?”