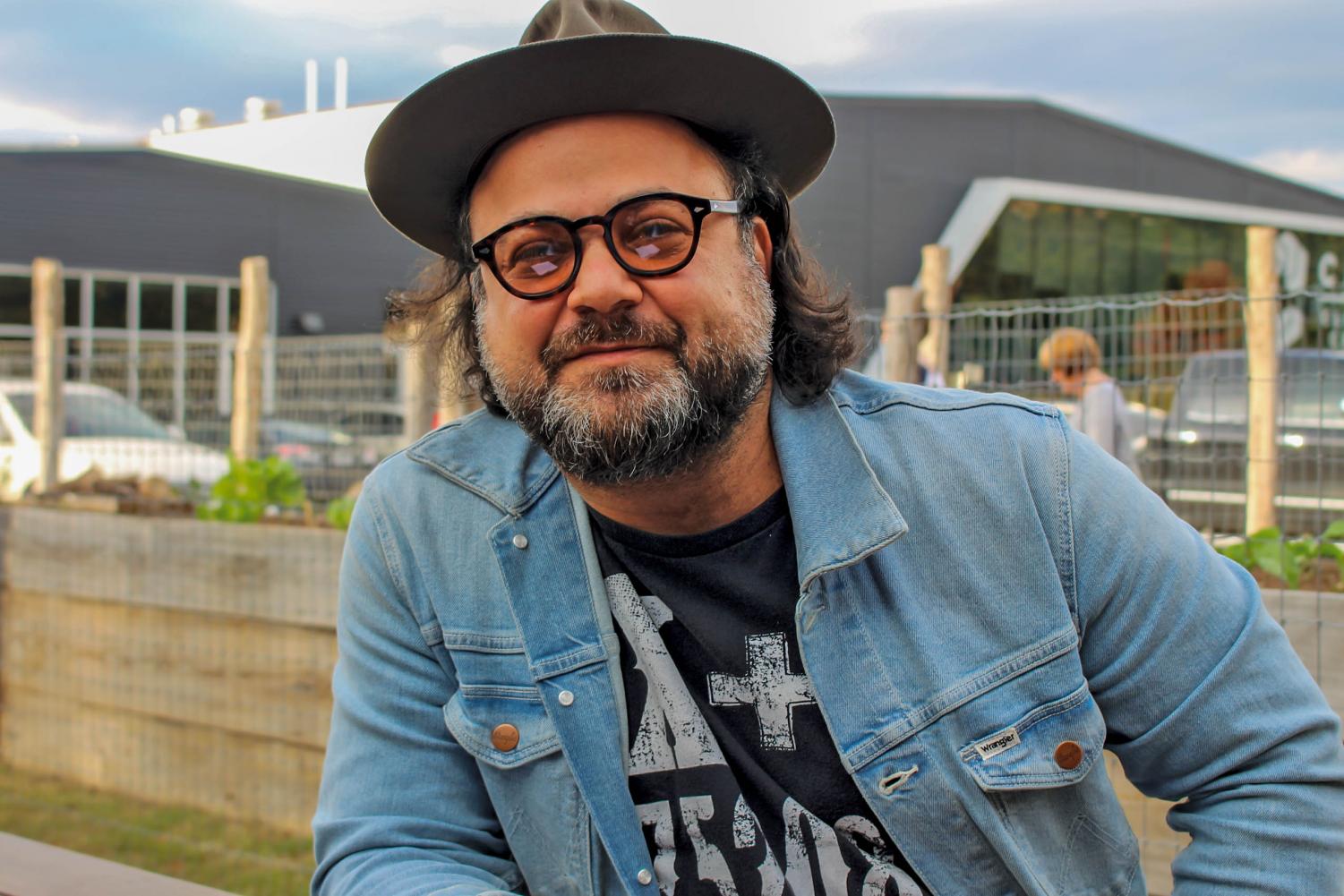 Blum recently wrapped up a tour with singer Noah Gundersen and has a string of regional shows in December with Glorietta. (Sierra Rozen / Hilltop Views)

Blum recently wrapped up a tour with singer Noah Gundersen and has a string of regional shows in December with Glorietta.

Around this time last year, Jason Robert Blum sat at a rooftop bar in Mexico with a glass of Mezcal tequila beside him, sun beating down and not a care in sight.

What seemed like a blissful early retirement scene was ultimately a facade masking escapism and a deep sense of misdirection.

“My whole existence was getting drunk,” Blum said. “Everything was easy. Money was different down there.” With a small sum of American cash, resources were stretching pretty far, and those around Blum did their best to keep him afloat.

While life was simple then, Blum somehow knew it was not leading him towards his true desires. He had to make a change.

“It was fun. It was like a sabbatical now that I look back on it, but it could’ve turned pathetic real quick,” he said. “I think sometimes you have to lose some shit to get perspective.”

Prior to settling in Mexico, Blum felt that he had exhausted all of his efforts with his debut album “Invisible Words.” After releasing the record in 2015, he found it difficult for it to take off in the way he had hoped it would.

“I just thought, ‘I’m going to make a great record and it’ll work.’ That’s the way most of my life has not worked out,” Blum said.

Fast forward to the following year: The Troubador is packed. Energy and enthusiasm reverberate throughout the Los Angeles venue as the crowd sings along to his songs.

The timeline leading up to this point was long, winding and challenge-laden, but music always lingered. Much of Blum’s love for music was cultivated by familial influence.

“I’ve been writing songs for a really, really long time,” Blum said. “My father was a guitar player and creative writer.”

Blum’s songwriting inspiration, derived from many sources, has a focus on past imagery. He aims to tap into what he calls “the true place.” Essentially, when he writes, Blum wants to have something to say. In his personal experience, keeping an open mind has been the most fruitful way to discover songs.

“It takes a lot of songs and a lot of practice to get to a true place,” Blum said. “It’s like a sculpture: the big ball of marble that you chip away at until it comes out as an image.”

“Devil’s Playground,” one of Blum’s more popular songs, is symbol-rich. The song is a product of the distinct feeling he had when falling in love with the Big Bend region of Texas over on the Rio Grande border. He had been living in New York City for seven years prior. After a while, the city made him feel closed and constricted, a seeming purgatory for any creative. The vast landscape of Big Bend came as a breath of fresh, inspiration-rich air.

Blum would frequently play the Lajitas Resort, and the drive itself was enough to provoke musical ideas.

“When you’re driving down into the ghost town, you can just see this road open up. The entire sky opens up,” Blum said. “Every time we drove over that hill, the sky looked different. It was beautiful. I was like ‘Well this never gets old.’ It’s always breathtaking.”

He recalls serene evenings sitting on the porch with friends, watching the sunset together — the main event of his golden days down south. People played guitars, taking turns choosing songs. The dying light shone upon the Chisos Mountains, making them change color. The scene was ever-changing, but it also somehow grounded him.

“I had this feeling of freedom, of ‘everything’s gonna be okay.’ No one was looking over my shoulder, and there was room to breathe,” he said. “I couldn’t believe I was living in this tiny little apartment [in New York], getting on the subway with a million people, and all the stuff I was doing to survive. And not getting ahead, you know — feeling contained.”

In retrospect, rock bottom was just what Blum needed to launch himself up. A shining beacon of hope appeared in the form of collaborative band, Glorietta. The band, including members Noah Gundersen, Adrian Quesada, David Ramirez, Matthew Logan Vasquez, Kelsey Wilson and Blum, formed in early 2018.

Each member has been writing, recording and performing their own solo projects for years, with experience in lengthy amounts of touring — something that Blum was not accustomed to.

Instead of allowing this to intimidate him, he decided to dive in head first, taking a chance on the band of misfits.

“Everybody’s sensitive and nice and supportive, and everybody’s a really good musician,” Blum said. “There isn’t a weak link.”

After writing and recording their self-titled album in New Mexico, the group was fully bonded, ready to hit the road on tour.

Glorietta is most likely a one time venture, a “one and done,” as Blum describes it. The six musicians have independent careers of their own, and it’s difficult to align conflicting schedules. As a result, Blum finds himself soaking in every moment spent together, basking in the celebration.

“It’s an infectious party,” he said. “I think that people respond to the camaraderie and the friendship that happens to have a really good soundtrack to it.”

By bringing together six different musicians with their own respective followings, it isn’t surprising that the band has developed a substantial cult following. Blum still finds himself surprised, yet delighted when he looks out into a smiling crowd.

“Those moments when people are singing your tunes and looking you in the eyes joyfully…it’s just worth it, you know?”

For now, Blum resides in Austin pursuing his revitalized music career, and he loves the city more than ever.

“Austin is a very different kind of Texas…so beautiful and unique and very self aware,” Blum said. “I don’t feel lost here or mourn for the past. I see all my old friends, I see people thriving, and I love it.”