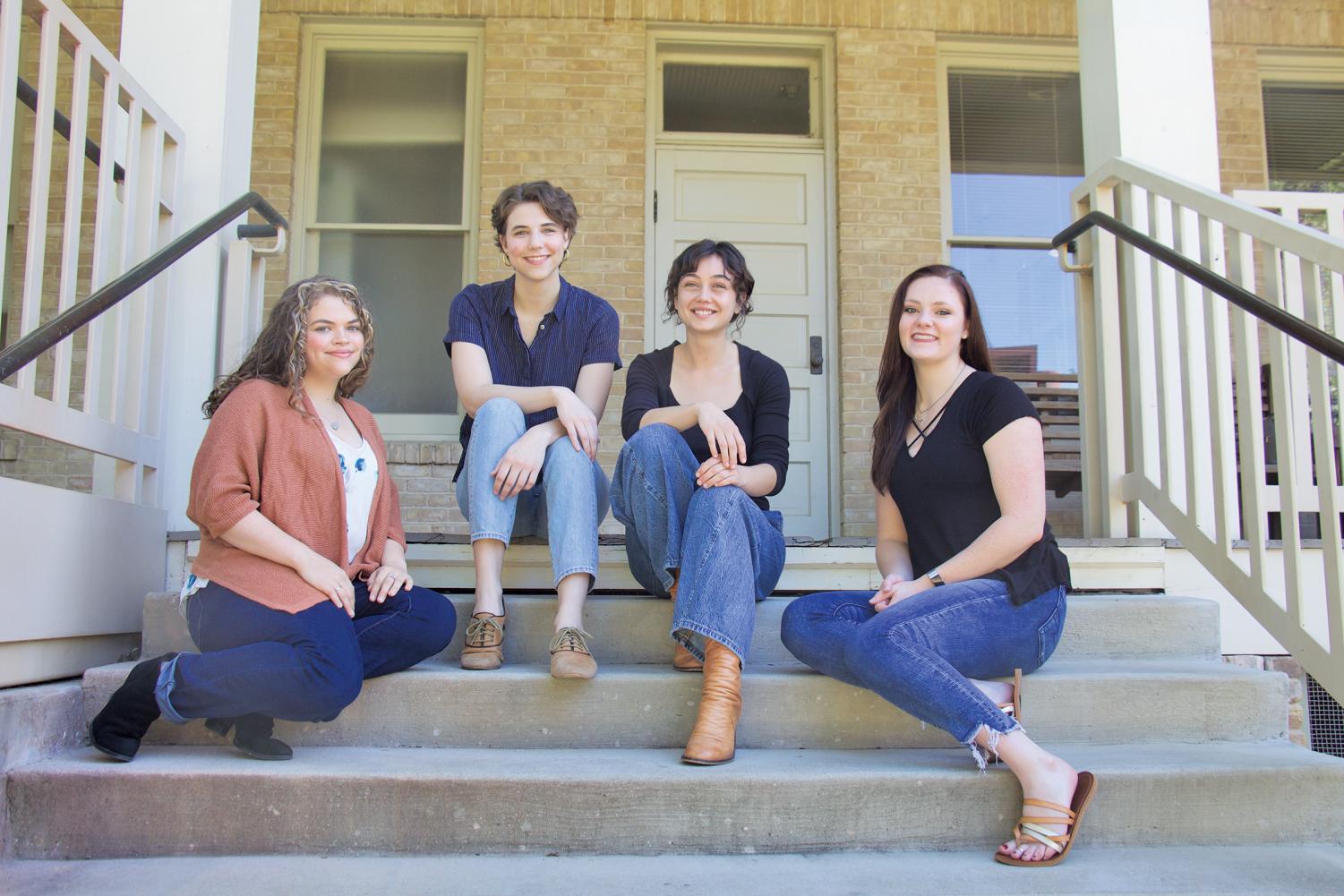 Kendra Felmly, Corinne Bates, Sydney Chandler and Kali Ridley sat together on the front porch of Sorin Hall. For many writing majors at St. Edward’s University, this is a familiar place.

For this particular group, the idea of life after college has recently become a whirlwind of excitement, as all four have been accepted into the Columbia Publishing Course at Oxford University.

Columbia’s publishing program is among the top in the nation, boasting the title with schools like New York University.

The four week September program focuses on all aspects of book publishing, ranging from editing, to manuscript evaluation, to production and even sales and marketing. Felmly, Chandler and Rigley will be attending Exeter College in Oxford, “which is the college that Tolkien went to and C.S. Lewis taught at,” Felmly pointed out.

Bates has opted for Columbia’s New York City program, a six week course beginning June 9. With a significantly shorter countdown, she recalls the moment she received the big news.

“It was in-between classes,” she said. “I had gone home to make lunch and I just looked down at my phone and there was a New York area code.” When she answered, it was Shaye Areheart, the director of the publishing course in both New York City and Oxford.

While she was accepted into both programs, New York was a no brainer.

“I chose it because I’m more interested in magazine and digital publishing, but books still interest me,” she said. “I’ve wanted to move to New York since I was 12.”

Both the Oxford and New York courses are nothing short of intense. They are set up in a rigorous bootcamp style with classes from 9 a.m. to 5 p.m. every day — and on some Fridays, 9 a.m. to 9 p.m. Not only are there mandatory lectures, but weekend events, seminars, workshops and dinners.

While you cannot hold a job during the program, you’ll definitely get one after as the post-program job placement rate is 95-99 percent. And the networking opportunities are vast.

“The people that are talking to you in your classes are your potential employers,” Felmly said.

The anticipation process after applying was grueling — and littered with stress dreams, according to the students.

Ridley, a senior, had made it her goal to be accepted into the program ever since she heard about it from Dr. Sasha West her sophomore year. She recalls thinking, “This is my sole plan right now. What if this doesn’t happen? What do I do then?”

Luckily, these questions do not have to be answered, as she leaves for Oxford in four months.

“It was a bit stressful at times, but we made it happen,” she added.

While the program is highly competitive to get into, these students have proven that it is attainable, and they highly encourage applying. Their initial word of advice: Talk to Professor Beth Eakman.

“Can I just say, we probably all heard about it [the program] from Beth,” Felmly said.

Eakman served as a mentor throughout the application process, reading over essays, writing recommendation letters and mitigating fears with words of encouragement. The group did not hesitate in expressing their gratitude.

Along with building lasting relationships, the four emphasized the importance of joining career-oriented campus programs and working with literary journals as soon as possible.

“If this is something you want to do, gear your resume to show that you’re interested in publishing,” Bates said.

All four have been a part of campus publications like Sorin Oak Review, BHooved, CABRA, New Literati and Arete.

As spring semester winds down and they prepare to leave the Hilltop, then the country, reflecting on their college experience is inevitable.

“The best thing St. Ed’s has given me is a really good network of support,” Chandler said.

“The whole writing community is really strong and connected. I feel like I have the right support and I don’t think a lot of bigger schools can give you that.”

None of the girls are particularly attached to Texas, and have hopes of residing elsewhere once the program ends. Bates has her sights on New York. Felmly would be fine with the Big Apple too, along with the U.K. Chandler is simply open to the possibilities.

New York, Boston, Seattle, Chicago — any of these major publishing hubs would be fine for Ridley.

“I just want to do what I want to do. Whichever city gets me the job,” Ridley said. “I’m super excited to leap off and see what happens.”