Sheridan Reed is making his presence known in the music industry

The Austin-based singer-songwriter owes some credit to Bachelor Nation, but he’s got it from here 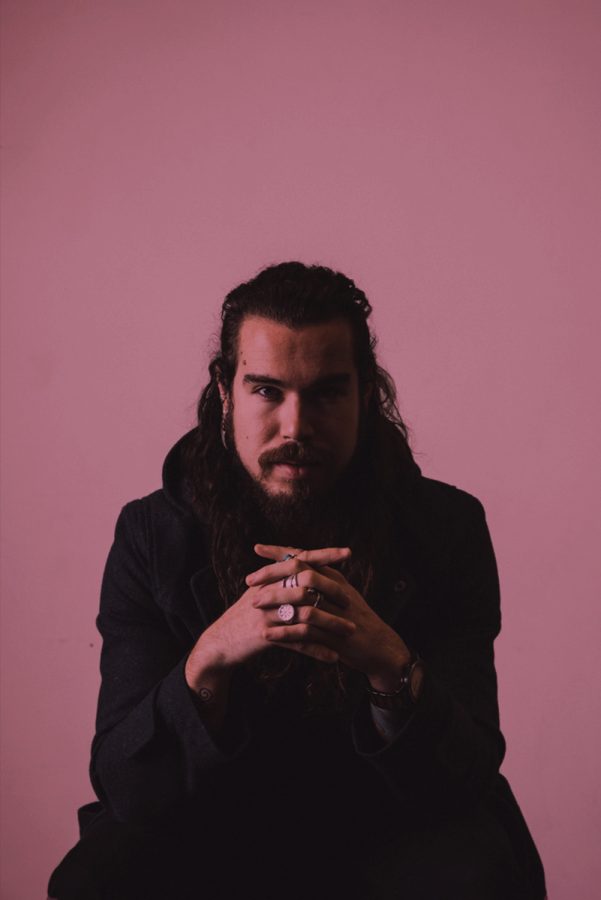 Reed’s latest single, ‘Feeling You,’ was released on June 17 and is available on music streaming platforms such as Spotify and Apple Music.

A year ago, would anyone have thought Zoom would be an adequate medium for judging character? I sure wouldn’t have, but as soon as Texas-based musician Sheridan Reed appears on my monitor, I have no choice but to retract that assumption. For the next hour or so, it’s the perfect digital liaison for talking passions and plans.

A striking guitar hangs on the wall behind him, an electric blue monument to the singer’s serene South Austin abode. Reed’s apartment is a personal sanctuary reserved for creating.

“I typically like to keep my apartment as purely a creative space,” he says.

This means no administrative work like phone calls, emails or paperwork allowed (at least for the most part). As a result, he discloses, a lot of songwriting takes place at night, once day-to-day business is taken care of and he’s got the mental space to dive in.

“That being said,” he adds, “a glass of wine or a glass of whiskey always helps a little bit.”

Being genuine makes you a good human being by default, and an even better musician. To discuss the inevitable, you may recognize Reed from television as he stole the hearts of countless viewers during his time on ABC’s “The Bachelor Presents: Listen to Your Heart,” during which he wore his heart on his sleeve and performed with noticeable sincerity. Along with this, Reed continues to grow his already substantial fanbase with new music releases.

“Coming Back,” arguably Reed’s most popular song, surpassed 100 thousand streams on Spotify just one day prior to our chat, an occasion that calls for momentary virtual celebration. This is his first song to have reached this number. And, fun fact, it was written and performed on the show all within a few hours. Reed released it as a single on May 5, the day after the episode aired, and it’s pretty clear that feedback has been overwhelmingly positive.

Based on this accomplishment alone, Reed’s come a long way, but his success stems from humble beginnings.

“My dad played a little bit of guitar and my mom sang to us all the time and played violin when she was younger,” Reed says. “She always had us listen to classical music or musical theater.” The clarinet was his first instrument, and he began playing classical music at age 10.

Jazz was later added to the mix when he joined the jazz choir in highschool. His brother, who also happened to be a musician, is the one who inspired him to get into singing and playing guitar.

“I knew I wanted to focus on music, I just didn’t know exactly when,” Reed says. He started his first band when he was 16, and while the band had a decent following, got local radio time and even released a couple of EPs, he knew he wanted to get a college degree. Figuring out how to best focus on music would come later as he put himself through school.

“That’s how I ended up in Austin,” Reed says. “I finished up and heard good things about the city in terms of the live music scene and figured, ‘You know, why not? Let’s try it out.’”

You can’t throw a rock in Austin without hitting someone with talent, which is why living in the live music capital continues to motivate Reed daily.

“It definitely pushes me,” he says. “I’m constantly meeting and inspired by all these musicians out here…it really pushes me to refine my craft and constantly work to improve.” Playing in a cover band six nights a week eventually led to solo-shows at Stubb’s, or Scoot’s Inn, where he played his first over-capacity show last June.

“I really cut my teeth and got a lot of live experience, which I think is really helpful and important for any artist,” he says.

Reed’s sound can be described as several realms within a shared dimension as it melds the likes of alternative, R&B, pop and soul genres. When he first started playing music, he did a lot of progressive and alternative rock. From there, Bon Iver and Fleet Foxes swept him into a folk phase. During college, he fell in love with Motown: Marvin Gaye, Tammi Tterrell, Four Tops — you name it. When he moved to Austin, he glided into the neo-soul scene, garnering inspiration from Anderson Paak, Alan Stone, Lianne la Havas and more. All in all, Reed’s music is the product of quite the diverse lineup of influences.

As for songwriting, Reed breaks down his process simply.

“I’ll typically just be playing around with a guitar, trying to figure out what I’m thinking about, what I’m going through and see if I can come up with some sort of chord progression that matches that emotionally,” he says. From there, he toys around with different melodies. The idea is to get in sync with the music and understand what kind of emotions sound is portraying. Lyrics usually come last.

Whether he’s getting work done during the day at Cosmic Coffee, grabbing a drink at Whistler’s, pondering chord progressions at his apartment or sating late night cravings at 888, music is always on Reed’s mind. In terms of genre, he isn’t interested in pinning himself into a corner.

“I like to show some versatility,” he says. “I want to keep having some contrast in between releases. If I release a really emotional ballad that’s slower and softer, the next song might be the total opposite, then the next song lies somewhere in-between.”

Reed used this exact formula with his two most recent singles. While “Coming Back” is undeniably a ballad, his latest song, “Feeling You,” is more upbeat and “definitely one you can shake your booty to,” as he puts it.

Sometimes the songwriting process is as free-flowing as Barton Springs, other times it’s about as stop-and-go as Austin traffic. Reed admits that he had been sitting on the chord progression for “Feeling You” for around two-and-a-half years before actually doing anything with it.

“Everything came together within a single afternoon,” he says. “And for me that’s sometimes a sign of when it’s gonna be a really good song — when it all kind of clicks into place.” With nearly 19,000 streams since it’s June 17 drop, things are clicking into place quite nicely.

If there’s one result Reed hopes to reap from his music, it’d be the fostering of connection. “I’m attempting to work through and piece together raw emotions and experiences into something universal,” he says. And a catchy beat to move to doesn’t hurt, either.

While a debut album isn’t on the horizon as of right now, fans have some singles to look forward to. Look out for one within the next month and another in early fall.