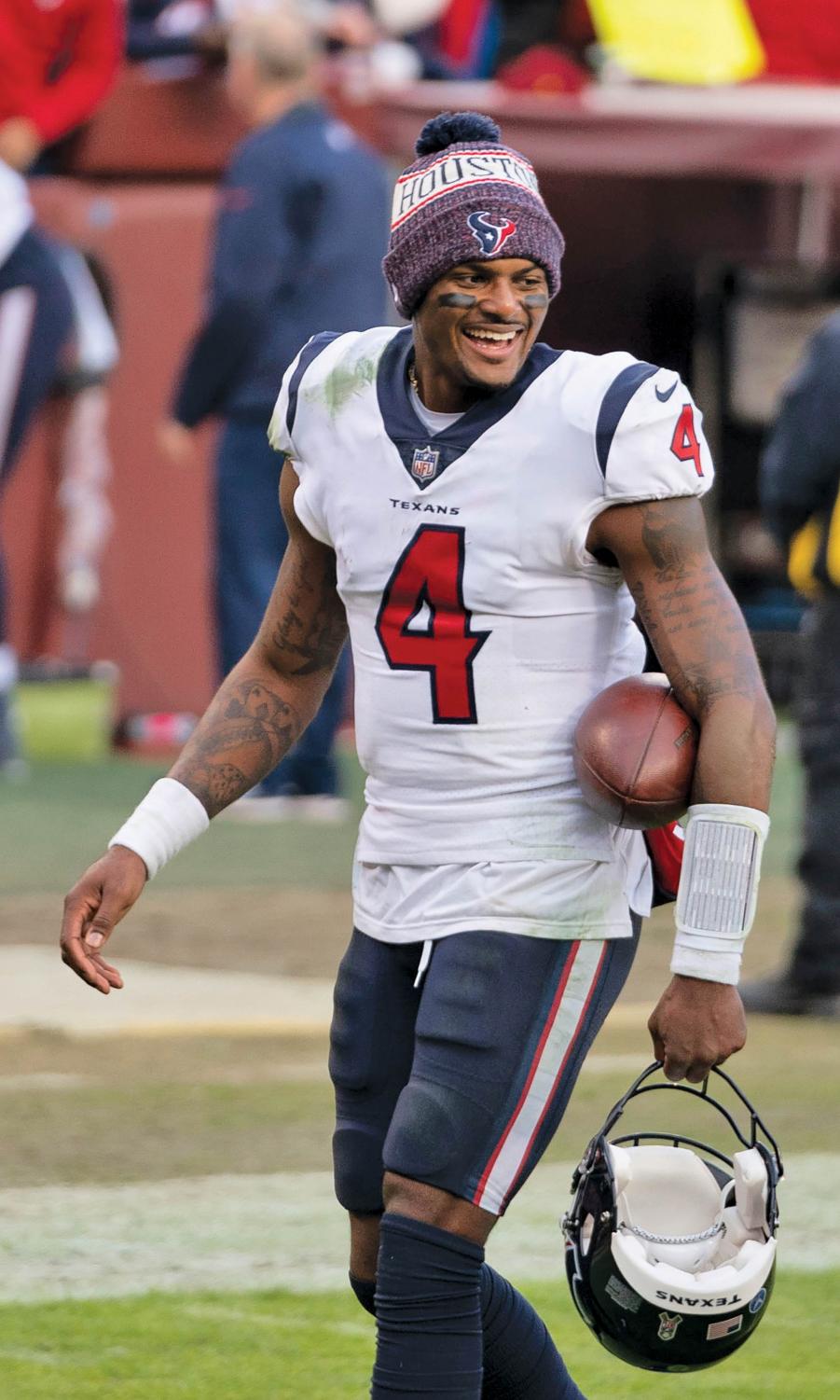 At 2-2, the Houston Texans currently sit on top of the AFC South. (Courtesy of KA Sports Photos and Creative Commons)

At 2-2, the Houston Texans currently sit on top of the AFC South.

FACEOFF: Which Texas team has a better chance at getting to the Super Bowl?

Cowboys are better poised for Super Bowl run, not Texans

I’m not going to discount what the Texans have done so far this season. In fact, I really like what they’re doing. Houston knows that the team lives and dies through quarterback Deshaun Watson, so they got some new toys for him to play with, those being receiver Kenny Stills and lineman Laremy Tunsil. I simply think that in a conversation about each team’s Super Bowl chances, the Cowboys are much more likely to make it there than the Texans are.

While the road to the playoffs may be a bit tougher, thanks to a strong divisional opponent, the path through the postseason may fare better for Dallas than the path for the Texans. So far this season, the Cowboys have clicked offensively. And even with their defense underperforming, based on their expectations following last season, they still have the third-ranked defense in terms of points allowed.

Offensive coordinator and play caller Kellen Moore has the Cowboys firing on all cylinders, taking advantage of the many weapons in the Cowboys receiving group including Amari Cooper, Michael Gallup and Randell Cobb, while still keeping Ezekial Elliot very well fed. It also doesn’t hurt that Dak Prescott is playing at an MVP level while he waits for his big payday next offseason.

Leading into their bye, Dallas plays at the Saints, against the Packers, at the Jets and finally against the Eagles. At the time of this writing, the Saints game has yet to be played, and the rest of the games are not as worrisome. Realistically, the Cowboys can go 2-2 in this span and still enter the bye week with a spiffy 5-2, but it’s also not out of the question that Dallas enters the bye week still undefeated. This would give Dallas great cushion for the division race, and give the team plenty of breathing room as they go into the tough second half of the season, which include both of last year’s Super Bowl participants, the Rams and the Patriots.

The biggest separation between these two Texas teams is the hierarchy of their respective conferences. In the NFC, the Cowboys have a strong case to be considered the top team, with the Saints and the Rams also being considerations. The Rams do not feel as strong as they did last season when it comes to their offense. The Saints, on the other hand, are currently without Drew Brees for at least another five weeks. The Texans will have to go through either the Chiefs, the Pats or even both if they want a shot at the title.

While I think scheduling favors the Texans due to their weak division, I believe that the tough second half for Dallas will have them well prepared for the playoffs since they will face off against all the top NFC teams and the Pats.

Texans have better chance to represent the state in Super Bowl

After four weeks of football, both Texas teams look ready for a deep playoff run. The Dallas Cowboys and the Houston Texans might be in different conferences, but the chances for an all-Texas Super Bowl are pretty good. However, only the Texans will be able to come close to the 2020 Super Bowl.

The Texans benefit from a less competitive division, conference and schedule. These make it easier for Houston to walk into the playoffs. They aren’t good enough to get a first-round bye, neither team is. But Houston will play an easier opponent during Wild-Card weekend.

The Texans sit atop the AFC South due to their better conference record compared to the Indianapolis Colts. Both the Colts and the Jacksonville Jaguars are still trying to figure out their quarterback situation and have mediocre defenses. The Texans have it all put together and can continue to roll through their division.

Even though Dallas lost its first game in Week 4, their division is starting to get more competitive. The Philadelphia Eagles have been plagued with injuries to their receiving core and have lost games due to offensive turnovers and small mistakes that change outcomes of games. If Daniel Jones of the New York Giants can prove his consistency, the Giants might have found new life in a young quarterback.

The conference is also way more competitive than Dallas can handle. The Texans biggest concern is if the Buffalo Bills can hang with the New England Patriots in the East, forcing the Patriots to play during Wild-Card weekend. Also, they would currently take the third seed because they have a better conference record compared to Cleveland.

Dallas also currently sits at the fourth seed in the conference behind Green Bay and New Orleans because the Packers and Saints strength of wins is better than Dallas. That means so far the Packers and Saints have played stronger competition and earned wins against better teams. Dallas has played three of the worst teams in the league prior to week four. They played the Miami Dolphins and the Washington Redskins who both have 0-3 records and the Giants who have a 1-2 record.

Right now Dallas has not proven to me that they can play teams at their or above their competition level. The vote of confidence among fans is embarrassing to think that they are automatic Super Bowl contenders or winners.

Houston has finally fixed its offensive line problems, and Deshaun Watson has proven that he is the guy in Houston. Houston’s more favorable schedule will ultimately give them a higher seeding come playoff time. Houston should continue this roll through the NFL and Dallas will start to struggle after Week 4.